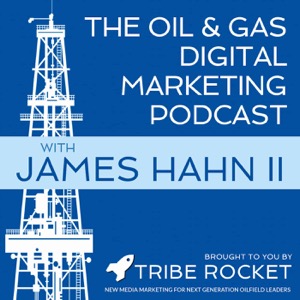 Oil Events: How to Scale Your Oil and Gas Networking Strategy

“Oh, goodness. I’m stuck like this. Oil events is the keyword… somebody help!”

Do you have any LinkedIn or Facebook “friends” you’ve never met? When you’ve eventually met one or two of them, did you feel like you’d known them for years? When you do it right online, your prospects and customers feel the same way.

When you attend oil events, your network is your net worth.

If you listened to any of a first roughly 90 episodes Oil and Gas This Week, you probably heard me say that about 180 times. Because we all know it’s true.

Your network is your net worth. It’s all about who you know!

And you can complain about that. Or you can work with the system and get out there and get to know some people, and help some people get to know you.

So, let’s talk about oil events and how to scale your oil events networking strategy.

First of all, let’s talk about the standard networking event. Whether it’s American Petroleum Institute, API meeting, or OTC…

Which, happy OTC Thursday, I believe…

Let’s just say you have roughly an hour. And in that hour, you meet five new people. At that point, you have to go back to the office, open your email, and start to set up a call. Or set a lunch meeting or something like that.

And then at that lunch meeting, you are starting from fresh. You don’t know each other from Adam. You don’t know anything about each other. The only thing you know is there might be some sort of fit. Either with your personalities, a good business-friend connection. Or with your businesses, being able to send deals back and forth.

That’s all well and good, there’s nothing wrong with that. Keep on doing it. And scale your relationship building at the same time.

Again, I’m gonna sound like a broken record because I say this all the time, but the beauty of the Internet is that you don’t have to physically go somewhere to make a connection. But, that’s not the only good thing about the Internet in this regard.

Not only are you able to make those connections digitally, but also it’s not an outbound activity like you’re doing at oil events. At oil events, you’re going out not only physically, but you’re also reaching out. You’re setting up appointments and it’s that struggle to start a relationship and get to know somebody.

Any time that you go to these places, you know you are not going to close any deals on the spot. As an industry, we know how long it takes to build a relationship.

Here’s the cool thing. You can shortcut all of that with scaled relationship building. With digital content you produce.

Just an example, I mentioned Oil and Gas This Week, those first 90 episodes. When I go to the North American Prospects Expo or OTC, a lot of other time my calendar is full of people reaching out to me because they say they know me. Or they feel like they know me, I should say.

I’m sure you have people like that in your life, your digital life. People who you’re connected with on LinkedIn and Facebook “friends” you’ve never met. These days we all have at least one or two, maybe even a handful of people we think we are very much close with, we see them as good friends of ours, but we’ve never met in person.

Oil and Gas Marketing Plan: Why Transparent Pricing is the Future

Digital Oilfield Technology: Will Prospects Listen to You Talk for 4,100 Minutes? – OGM6

Oil Events: How to Scale Your Oil and Gas Networking Strategy

Oil and Gas Social Media: Your Customers Really Don’t Care About You

Oil and Gas Marketing Agency: We Still Don’t Get It

#039 Oil and Gas This Week Podcast: Success Beyond Your Wildest Dreams