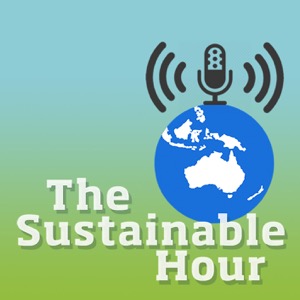 Renewables, rebellion and revolution in one

The Sustainable Hour no 357

To start us off in The Tunnel on 7 April 2021, we have Suzie Brown – the National Director of Australian Parents for Climate Action. Suzie joins us with news of AP4CA’s rapid growth and plans for how they’ll use their now considerable numbers to push for the political changes we need on climate.

She tells us about their ‘Solar Our Schools’ project. This pushes strongly for solar and battery arrays in all schools and child care facilities. These virtual power stations will result in considerable savings for schools of all sizes. They are focusing on both the State and Federal governments.

Suzie also talks of their plans on how they’ll use their numbers, especially in marginal electorates, during the lead up to the next Federal election. Finally, we hear of their campaign pushing for parents and grandparents to give their votes to their kids – #GiveTheKidsYourVote. See more info and links further below on this page.

Following Suzie, we have Akira Ellis, a 17-year-old gender queer climate activist with Extinction Rebellion Youth who last week took non-violent direct action against governments for their lack of meaningful action against the climate and ecological emergency. In our chat with Akira, we get a strong sense of what XR Youth is all about, why they did what they did, what the consequences were for them and why they just refuse to go away.

[At 47:08 min] Geelong Sustainability’s head of community campaigns, Sal Fisher brings news of the Geelong Energy Futures Forum on Wednesday 21 April. This forum came about when Viva Energy announced their plans for a floating gas hub in Corio Bay, which led to a group of concerned Geelong and district residents getting together to oppose their plans. This group just couldn’t accept that Geelong should continued to be powered by fossil fuels and are exercising their democratic rights to show there are 21st century energy options that won’t cost us the Earth – literally. More info below.

The Sustainable Hour is an active participant in this group and the energy revolution it is proposing. We’ll be there front and centre, in the lead up to April, on the night itself and after it as well.

Colin Mockett‘s Global Outlook begins with us zooming to England where British Airways have announced they’ll be investing 24 million pounds into a new company which has huge plans to develop zero-emission aircraft running on hydrogen and electric power. Their very ambitious game-changer phased-in plan starts with a 20-seater aircraft with a range of 500 miles (925 km) by 2024, a 50-seater by 2026 and a 100-seater by 2030.

Then to Germany where two State elections that occurred in the wake of Angela Merkel’s leaving politics saw her ruling Christian Democratic Union party well beaten by the Greens, who are their coalition partners. The pundits now forecast that a Green win is highly possible in the forthcoming national election held later this year.

In London, US head of the American climate response, John Kerry, told a conference of energy providers that coal must be immediately ab...

Fler avsnitt av Renewables, rebellion and revolution in one

Citizens’ vision: Let us walk together

Politics and activism on and off line

Earth Day on the cusp

Renewables, rebellion and revolution in one

Tree-change with restoration and generousity

The Climate Revolution: Beyond Zero