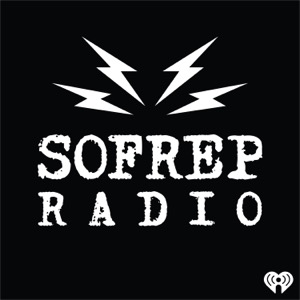 Jay Collins spent two decades as a Green Beret and deployed to Iraq and Afghanistan. In the fight, he lost his leg. Nevertheless, he recovered, returned to active duty, and tremendously served in the Green Berets for nearly six more years.

Jay's Special Forces Selection was unique. He was part of the infamous Ice Storm Class of November 2002, one of the very rare occasions when SERE school had to be shut down.

The experience of Selection imparted Jay with the valuable lesson of leaving things better than how you found them.

In sharing tales of Special Forces classes with Jay, Steve recounts a hilarious story of Green Berets pretending to be NASA candidates. After all, everything can happen in Selection.

Jay also shares the awesome story of how he performed surgery on his own arm during deployment.

Since Jay is running for Congress, the conversation also turns to politics. Jay usefully reminds the audience that what unites us is less than what separates us. America will only be strong and healthy through unity. That is, after all, the American way.

You can find more about Jay Collins's campaign at https://www.jaycollinsforcongress.com/.

Join us for another exciting episode of SOFREP Radio with Steve Balestrieri and Sean Spoonts!