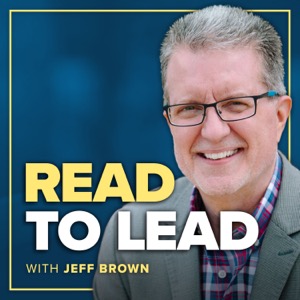 381: Lead with Your Values to Advance Your Career with the Wharton School’s G. Richard Shell

I am extremely fond of today’s special guest for a lot of reasons, not the least of which he has the distinction of being one of my first ten guests ever.

We talked about his, then, new book Springboard. Today, we’re diving into his latest book called The Conscience Code: Lead with Your Values, Advance Your Career.

It’s driven by dramatic, real-world examples from Richard’s classroom, today’s headlines, and classic cases of corporate wrong-doing. The book shows you how to create values-based workplaces where everyone can thrive.

Richard wrote the book, he says, to point to a better path; one that recognizes that conflicts are coming, learns to spot them, then follows a research-based, step-by-step approach for resolving them skillfully.

By committing to the Code, you can replace regret with long-term career success as a leader of conscience.

I hope you’ll click the play button below to learn more about Richard and his work. For a summary, just keep scrolling.

Join in on our chat below

In today’s episode, Richard and I chat about:

You can order your copy of The Conscience Code: Lead with Your Values, Advance Your Career right now!

Consider Pre-Ordering My New Book Too and get 40% off for a limited time!

Purchase a copy of my upcoming book Read to Lead: The Simple Habit That Expands Your Influence and Boosts Your Career before August 31, 2021, and you’ll receive $500 in pre-order bonuses!

The Daily Stoic by Ryan Holiday

Check Out These Additional Resources

Grab a copy of Richard’s

Fler avsnitt av 381: Lead with Your Values to Advance Your Career with the Wharton School’s G. Richard Shell

389: How to Be a Long-Term Thinker in a Short Term World with Dorie Clark

388: How to Build a Profitable Business in Any Economy with John Meese

387: 8 Tools You Need to Get Paid the Money You Want with Jill Young

386: How to Listen Like You Mean It with Ximena Vengoechea

385: The Simple Habit That Expands Your Influence and Boosts Your Career with Jeff Brown

384: The Truth About AI and the Future of Humanity with Steve Shwartz

383: The Speed of Trust is the One Thing That Changes Everything with Stephen M. R. Covey

382: 7 Practical Tools to Take Charge of Your Career with Ted Fleming

381: Lead with Your Values to Advance Your Career with the Wharton School’s G. Richard Shell