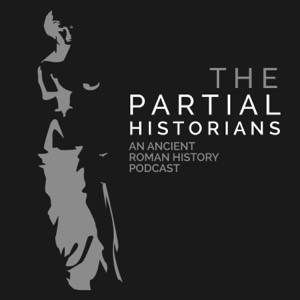 Rome seems to be an impasse. Facing war on all fronts and with escalating crisis between the patricians and the plebeians the place of Rome in the Italian world is at the brink. It's 445 BCE and the republic is still young enough to fail. How will Rome face the chaos coming at them from outside while weakened from their own internal conflict? Tune in to find out!

In order to get Rome motivated for war, the internal problems need to be resolved first. What better time then for some of the more senior Romans (who also just happen to be patrician) to get together for a clandestine meeting... Some important decisions are reached but despite the secrecy of the meeting, it does not go unnoticed. Is Rome really more of an oligarchy than it likes to think it is?

On the other side of town, the tribune of the plebs, Gaius Canuelius, is getting fired up about the restrictive marriage laws that are part of the Twelve Tables. And boy does he have a speech to make about it! He digs deep into Rome's history right back to the kings to explain to the plebeians how their exclusion from marriage to patricians is offensive. He explores the way Rome is in a process of constant adaption and change with examples to support his case that excluding plebeians is insupportable.

In a time of great struggle innovation becomes a necessity. With Rome facing threats from just about every direction, the consuls won't be able to be everywhere they are needed commanding armies. Livy and Dionysius of Halicarnassus view the development of military tribunes with consular power as part of the patricians trying to placate the plebeians. But is there more to it than that? We delve into the background of the role, what it means for the structure of Roman governance, and compare the sources on the subject.

* The suggestion that the plebeians have the right to introduce laws* Dastardly plans from the the patricians* Some weighty demands for the repel of the marriage ban and access to governing power for the plebeians* A shocking moment of patricians conceding to the plebeians!

Tribune of the Plebs