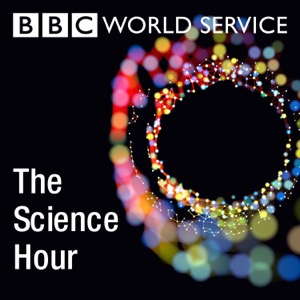 A paper in the BMJ shows that deaths from Covid 9 are being massively overlooked in Zambia. The new data come from post-mortem tests at the University Hospital mortuary in Lusaka, showing that at least 1 in 6 deaths there are due to the coronavirus; many of the victims had also been suffering from tuberculosis. Chris Gill of Boston University’s Department of Global Health, and Lawrence Mwananyanda, chief scientific officer of Right to Care, Zambia, discuss their findings with Roland Pease.

New variants of concern continue to be reported, such as the one labelled B 1 1 7 in the UK, or B 1 351 identified in South Africa. Geneticist Emma Hodcroft, of the University of Bern, talks about seven variants that have been found in the US. Although all these variants are evolving from different starting points, certain individual mutations keep recurring – which suggests they have specific advantages for the virus.

Her co-author Jeremy Kamil, of Louisiana State University Health Sciences Center in Shreveport, explains how he can watch the viruses replicating inside cells.

Much of the United States, as far south as Texas, and Eurasia, has been gripped by an extraordinary blast of Arctic weather. Roland hears from climatalogist Jennifer Francis, of the Woodwell Climate Research Center, about the Arctic’s role in this weird weather.

Life, in the form of sponges, has been discovered hundreds of metres under the thick ice surrounding Antarctica, where it’s dark, subzero and barren. The British Antarctic Survey’s Huw Griffiths reveals how it was spotted unexpectedly in pictures colleagues took with a sub-glacial camera.

It’s the stuff of fairy tales – a beautiful cottage, with windows, chimney and floorboards … and supported by a living growing tree. CrowdScience listener Jack wants to know why living houses aren’t a common sight when they could contribute to leafier cities with cleaner air. The UK has an impressive collection of treehouses, but they remain in the realm of novelty, for good reasons. Architects are used to materials like concrete and steel changing over time, but a house built around a living tree needs another level of flexibility in its design. That doesn’t mean it’s impossible and CrowdScience hears about a project in the Ethiopian capital Addis Ababa, where architect Ahadu Abaineh made a three-storey, supported by 4 living Eucalyptus trees as a natural foundation.

Host Marnie Chesterton meets some of the global treehouse building fraternity, including builder of over 200 structures, Takashi Kobayashi, who adapts his houses to the Japanese weather. In Oregon, USA, Michael Garnier has built an entire village of treehouses for his “Treesort”. He’s developed better ways of building , including the Tree Attachment Bolt, which holds the weight of the house while minimising damage to the tree.

Professor Mitchell Joachim from Terreform One explains the wild potential of living architecture, a movement which looks at organic ways of building. He’s currently building a prototype living house, by shaping willow saplings onto a scaffold that will become a home, built of live trees.

(Image: A man walks to his friend's home in a neighbourhood without electricity as snow covers the BlackHawk neighborhood in Pflugerville, Texas, U.S. Credit: Reuters)