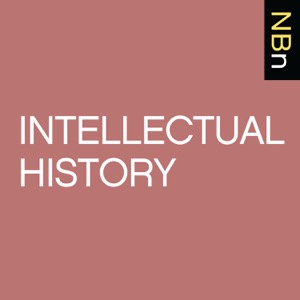 Robert C. Bartlett, "Against Demagogues: What Aristophanes Can Teach Us about the Perils of Populism and the Fate of Democracy" (U California Press, 2020)

Political Theorist Robert Bartlett spoke with the New Books in Political Science podcast about two of his recent publications, which take on translating the work of two distinct classical thinkers, Aristotle and Aristophanes. In discussing these thinkers, we talked about two of Aristophanes’ earliest extant plays, The Acharnians and The Knights. We also discussed Aristotle’s text, The Art of Rhetoric. All three of these works focus on the interaction of the words spoken by a public individual, and how those words are also received and considered by an audience, especially the citizens of the state. This conversation took us to ancient Athens and some of the earliest western thinking about the interrelationship between political rhetoric and emotions, and how these connections can be both useful and dangerous, especially for democracies.

Bartlett explains that Aristotle’s Art of Rhetoric (University of Chicago Press, 2019) is an important component of Aristotle’s thinking about politics, and one of his later works. The Art of Rhetoric explores the idea and art of persuasion, and Aristotle provides a defense of rhetoric for the polis. Bartlett also examines the way that Aristotle’s Rhetoric, while attacked by Thomas Hobbes in his writing, as he does with so many of Aristotle’s works, actually provides the basis for Hobbes’ understanding of the passions, and thus the basis for Hobbes’ own political theory. In an effort to examine the way that rhetoric and persuasion work, especially within politics, Aristotle delineates a clear account of the passions in Book II of The Rhetoric, and this, combined with the three modes of persuasion (ethos, pathos, logos), are key to considering how rhetoric can be used, for good or ill. It is inevitable that political rhetoric will come forward in societies, however large or small, simple or complex. Thus, Aristotle’s work explains not only how to best make use of rhetoric, it also explains the ways in which rhetoric can be misused, abused, and how it can threaten the society when used corruptly, especially by demagogues. Bartlett’s translation of Aristotle’s text guides the reader with clarity and accessibility, and his interpretative essay explores these important dimensions of understanding how rhetoric works, how it accesses our emotions, and how it can be used corruptly. This is particularly important to consider in our current political climates, in the United States and elsewhere, as we have seen the rise of demagogues and the inflaming of passions within the political sphere.

Against Demagogues: What Aristophanes Can Teach Us about the Perils of Populism and the Fate of Democracy (University of California Press, 2020) examines many of the same themes as Aristotle explores in The Rhetoric, but in Aristophanes’ work, Bartlett notes, the use of comedy and narrative skewer the demagogue and his abuse of rhetoric. Once again Bartlett has translated the ancient Greek work, in this case, the two plays, The Acharnians and The Knights, and has provided an interpretative essay of each play. Against Demagogues also provides the contemporary reader with considerations of Aristophanes’ relevance, especially in his attack on demagogues. As Bartlett notes, the term “demagogue” itself only become negative in its valence when Aristophanes uses it this way in The Knights.

Lilly J. Goren is professor of political science at Carroll University in Waukesha, WI. She is co-editor of the award winning book, Women and the White House: Gender, Popular Culture, and Presidential Politics (University Press of Kentucky, 2012), as well as co-editor of Mad Men and Politics: Nostalgia and the Remaking of Modern America (Bloomsbury Academic, 2015). Email her comments at [email protected] or tweet to @gorenlj.

Support our show by becoming a premium member! https://newbooksnetwork.supportingcast.fm/intellectual-history

Fler avsnitt av Robert C. Bartlett, "Against Demagogues: What Aristophanes Can Teach Us about the Perils of Populism and the Fate of Democracy" (U California Press, 2020)

Max Skjönsberg, "The Persistence of Party: Ideas of Harmonious Discord in Eighteenth-Century Britain" (Cambridge UP, 2021)

Supriya Gandhi, "The Emperor Who Never Was: Dara Shukoh in Mughal India" (Harvard UP, 2020)

George Southcombe, "The Culture of Dissent in Restoration England: The Wonders of the Lord" (Royal Historical Society, 2019)

Gayle Rogers, "Speculation: A Cultural History from Aristotle to AI" (Columbia UP, 2021)