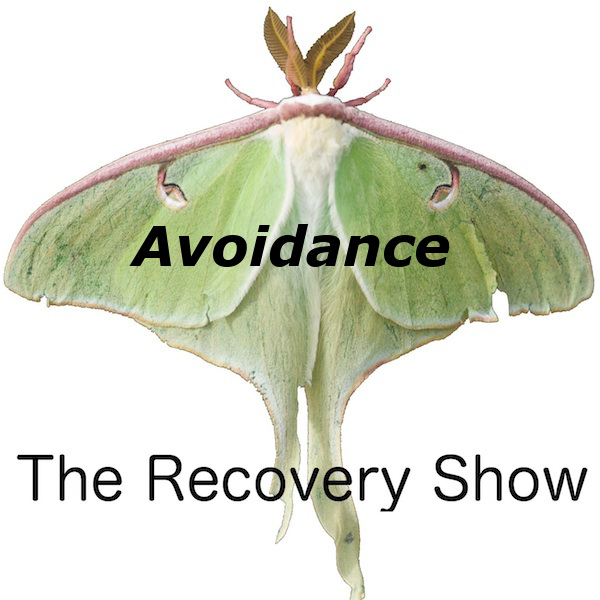 Do you find yourself avoiding scary feelings? Are you running away from things you don’t want to face? How are you facing your fears instead?

We start our conversation with Kathy and Sabah with a couple of definitions, recognizing that pausing is healthy, while avoiding is usually not.

Pause: interrupt action or speech briefly. – from GoogleA pause is a short period when you stop doing something before continuing. – from Collins English Dictionarysynonyms: Stop, Cease, Halt , Discontinue

Avoidance: an act or practice of avoiding or withdrawing from something – from Merriam Webster Dictionarysynonyms: dodge, retreat, flight, escape, sidestep

And also a couple of quotes.

A ‘No' uttered from the deepest conviction is better than a ‘Yes' merely uttered to please, or worse, to avoid trouble. – Mahatma Gandhi

When I was younger, I was terrified to express anger because it would often kick-start a horrible reaction in the men in my life. So I bit my tongue. I was left to painstakingly deal with the aftermath of my avoidance later in life, in therapy or through the lyrics of my songs. – Alanis Morissette

We talked briefly about an article titled “Avoidance Coping and Why It Creates Additional Stress“, which included some tips on “How to avoid avoidance coping.”

What is avoidance coping? Briefly, it is “trying to avoid stressors rather than dealing with them.” But often, this just causes more stress.

How can you stop avoiding and instead actively cope with stressful situations? Some of the recommended steps may sound familiar. The article has a longer list with more details, of course.

* Recognize when you are doing it (i.e. Step 4).* Take small steps (for me, this is often what happens in Steps 6 & 7)* Identify other options, find new ways to relieve stress, and practice them (ditto plus at least Step 11).

How did we run away?

Kathy described the “back story” of this topic, which included not avoiding discomfort while recording our earlier episode (356 – Domestic Violence and Other Unacceptable Behavior).

When do we (or did we) avoid scary feelings, and how? Kathy says that she packs away her feelings, “… those things are not something that's healthy for me to dig in. Like it's better to just move on and focus on other things.” The idea of dealing with them later is something I can identify with, for sure. But, does “later” ever come? Spencer relates an occasion when “later” was forced by a deadline, and he discovered that what he had been fearing was not real. He could have avoided months of anxiety by just dealing with it earlier.

What tools do we have?

A tool that helps us to “unpack” these feelings that have been packed away is the 4th Step inventory. We can dig deep in our “searching and fearless” inventory with the help of our sponsor or step group. Asking for relief of shortcomings (such as procrastination) in Steps 6 and 7 helps us to be able to stay with our feelings in the moment, instead of running away. Sabah says “emotion doesn't control me anymore. I [can] say that I own my emotions.”

Slogans such as “take it easy”, “first things first”, “just for today,

A Disease of Relationships – 368

Finding Compassion for the Alcoholic – 363