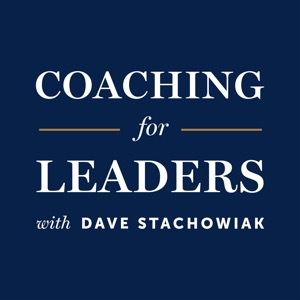 The Ways to Pay it Forward, with Glenn Parker

Glenn Parker is a team building and organizational consultant to many of the world's leading corporations, including Novartis, Merck, Lucent, and Accenture. He is the author of 15 books, including the bestsellers, Team Players and Teamwork: New Strategies for Developing Successful Collaboration* and Cross-Functional Teams: Working with Allies, Enemies, and Other Strangers*.

Glenn's assessment survey, the Parker Team Player Survey, published by CPP, has sold more than one million copies. He is the author with his son Michael Parker of the book, Positive Influence: The Leader Who Helps People Become Their Best Self*.

In this episode, Glenn and I discuss the importance of leaders recognizing the contributions of other leaders in our careers — and the ways we can become positive influences for others. We detail the four different ways to be a supportive leader and the first steps that each of us can take to do this more consistently.

Four different ways to be a leader who has a positive influence on others:

The Supportive Positive Inﬂuence Leader: the one who believes in you

The Teacher Positive Inﬂuence Leader: the one who helps you develop the skills you need

The Motivating Positive Inﬂuence Leader: the one who shows you why you need to do something and helps you believe that you can do it

The Role Model Positive Inﬂuence Leader: the one who demonstrates through their actions how you can be successful

Positive Influence: The Leader Who Helps People Become Their Best Self* by Glenn Parker and Michael Parker

How to Be Present, with Dave Crenshaw (episode 511)

Activate your free membership for full access to the entire library of interviews since 2011, searchable by topic.

Fler avsnitt av The Ways to Pay it Forward, with Glenn Parker

How to Limit Time With the Wrong People, with Carey Nieuwhof

How to Speak Up, with Connson Locke

How to Prioritize, with Christy Wright

Align Your Work With Your Why, with Kwame Marfo

How to Create Space, with Juliet Funt

The Path Towards Trusting Relationships, with Edgar Schein and Peter Schein