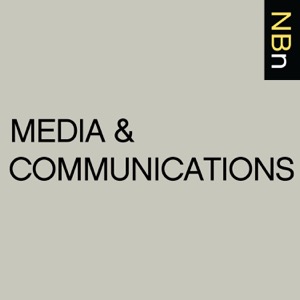 The story of the American newsroom is that of modern American journalism. In The American Newsroom: A History, 1920-1960 (University of Missouri Press, 2021), Will Mari documents a time of great change and controversy in the field, one in which journalism was produced in "news factories" by news workers with dozens of different roles, and not just once a day, but hourly, using the latest technology and setting the stage for the emergence later in the century of the information economy.

While newspapers have come to be seen as an integral part of American democracy, Mari's work shows that newsrooms themselves were far from democratic during this period. They were largely not available to women and people of color, and the leadership style of some editors and mangers bordered on authoritarian. Those standards shifted over the time The American Newsroom documents, thanks in part to the rise of newsroom unions, changing practices around human resources, and the continued transformation of journalism into a professional, white-collar occupation.

The American Newsroom sets the stage for many of the visions of newsrooms we see in pop culture from All The President's Men to Spotlight and demonstrates how the period from 1920-1960 expanded the notions of what journalism could and should be.

Will Mari is assistant professor of media history and media law at the Manship School of Mass Communication at Louisiana State University. He received his MPhil from Wolfson College, Cambridge and his Ph.D. from the University of Washington. He studies media history, media law, and especially analog-to-digital transitions and their impact on news workers.

Jenna Spinelle is a journalism instructor at Penn State's Donald P. Bellisario College of Communications. She's also the communications specialist for the university's McCourtney Institute for Democracy, where she hosts and produces the Democracy Works podcast.

Support our show by becoming a premium member! https://newbooksnetwork.supportingcast.fm/communications

Drew A. Thompson, "Filtering Histories: The Photographic Bureaucracy in Mozambique, 1960 to Recent Times" (U Michigan Press, 2021)

Caetlin Benson-Allott, "The Stuff of Spectatorship: Material Cultures of Film and Television" (U California Press, 2021)

Saskia E. Wieringa and Nursyahbani Katjasungkana, "Propaganda and the Genocide in Indonesia" (Routledge, 2018)

William Germano, "On Revision: The Only Writing That Counts" (U Chicago Press, 2021)

Eric Berkowitz, "Dangerous Ideas: A Brief History of Censorship in the West from the Ancients to Fake News" (Beacon Press, 2021)

Jasmine Mitchell, "Imagining the Mulatta: Blackness in U. S. and Brazilian Media" (U Illinois Press, 2020)