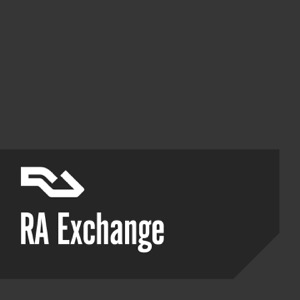 A rare, revealing interview with the long-time Circoloco resident.

For many years, Andrew Grant was one of Circoloco’s most ubiquitous DJs. He landed on the White Isle in the summer of 2001, having spent a few months in Sheffield, England, DJing whenever and wherever he could. Yet, in spite of his widespread public appearances, Grant’s personal accounts of his past are little known given his reclusive character—until now.

For this week’s exchange, host Marcus Barnes engaged in a candid conversation with Andrew Grant about his experiences grinding in the clubbing Mecca, teaching lacrosse in the northern UK and even working briefly as DC10's light technician.

Raised in Baltimore, Grant’s first musical memories involved listening to Baltimore club radio stations late at night. Back then, he wasn’t allowed to listen to radio, so he’d have to do so quietly and away from prying ears. He recalls catching the Basement Boys remix of the Crystal Waters club classic, “Gypsy Woman (She’s Homeless),” on MTV, feeling inspired by the fact these artists on the TV were from his hometown.

When Grant first began DJing in 1988, he was spinning hip-hop records at house parties and in basements across the city. “I had a box of records and a decent pair of headphones,” he tells Barnes. “I felt like I was doing the right thing.”

It wasn’t until a visit to NYC club Twilo in the mid-’90s that he really began to engage with dance music. A few years down the line, in Ibiza, Grant caught his first big break—he was invited to play a Thursday morning after party at DC10. Not long after, he was playing primetime slots on a Monday at Circoloco, before becoming the first American resident of the iconic Ibiza brand when he was just 24-years-old.