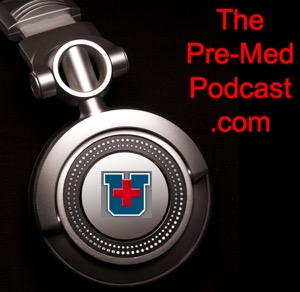 Episode 54: A rare, pessimistic moment – as Dr. Dan discusses the dark side of how you are judged during interviews.

How can you AMP up your application and interview?

I certainly remember that feeling.  I think it gets seared in your brain.  It’s so hard to feel like you’re on the outside looking in.  It’s so much of a black box.  You are going to get what you pay for in life as a general rule of thumb.  I believe that, Napoleon Hill believed that, and as I’m getting a little older, I won’t say how old, I just seen it that way.  There are folks out there that want to learn how to get into medical school watching free videos on you-tube.  Maybe you have stellar grades and, it could be that you get into medical school, but you certainly didn’t earn it.  Many people float through the process not aware of how blessed they are, how grateful that they really should be, and by all rights in their personal experiences.  I’m not criticizing that they’re doing it intentionally, that’s what their experience has been.  Maybe they didn’t have a problem in high school, or college, or even getting into medical school, or residency.  They just float along as if they’re in an inner circle oblivious to the fact that there’s attritioning happening all around them.

I give you a case in point.  Last month I was around a second year emergency medicine resident trying to explain to a nurse a little bit about how our process works for going to medical school, and then residency, and fellowship.  He said, “Everybody finishes residency.”  I’m sitting in the back seat as we’re going for lunch with some work associates.  I’m sitting there in the back and I know I’ve explained to him that I didn’t finish and left the emergency medicine program, and had a bad experience and I’m now doing a second residency.  I mean, it’s kind of astounding,. There’s eight and a half percent every year don’t finish their residency.  That’s a pretty high level attrition.  It’s close, it’s a little bit more actually, than those that don’t finish medical school. Which is somewhere around five percent of those that get in.

All I’ve had to say that the biggest cut is getting into medical school.  Most of the time, the problem is that people talk themselves out of the application.  They get one C, or they get one D, or something in a class and suddenly they think, “Oh, I’m never going to make it into medical school.”  Because that’s what the, how can I say this in a politically correct way, that’s what the jail house lawyers, or the barracks attorneys, that’s what the jokers in your pre-med club think.  I ask you, how do they know?  They’ve never done it.  Talk to a doctor, ask if doctor’s have ever failed a class in college.  They’re everywhere.  They’re everywhere.  You don’t get into medical school because you give up, that’s why.  So it becomes a self fulfilling prophecy if you think your grades aren’t good enough because then you quit trying.  If you quit trying, of course, you won’t get in.  So it’s a self fulfilling prophecy.

What I want to focus on today is just to speak to you candidly about something that I witnessed today.  Today we made our rank list for folks for residency at my program.  This is a situation where, after you get into the fourth year of medical school, you apply to the residency specialties that you want to go into.  There’s an electronic application that all the places that you interviewed at, you put in a numerical order of your preference.  Well the programs do the same thing.  They set and have a meeting and put all their applicants that interviewed in a numerical order.  We had that meeting[...]

PTSD, Coronavirus and the MMC 3.0 – Doctor Dan is back!

How to Study for Anatomy

T’was the night before Medical School