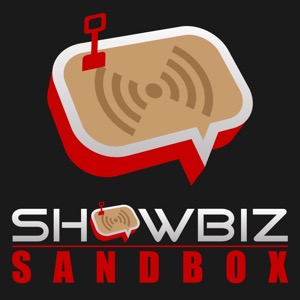 Showbiz Sandbox 511: The Emmys and TIFF Pull Off the Virtual

When COVID-19 shut down the worldwide entertainment industry many wondered how it would affect annual events such as awards shows as well as film and music festivals. While the pandemic led to the cancelation of the Cannes Film Festival, the Emmy Awards honoring excellence in television and the Toronto International Film Festival both managed to hold virtual events that were received quite positively.

Anne Thompson, Indiewire’s Editor at Large, has been attending and covering TIFF for decades, though this year she didn’t have to leave her home to do so. She fills us in on what it was like to attend TIFF virtually, what the standout films were, how they will likely get released in theaters and which ones will be up for (a virtual) Oscars next year.

Of course we also cover some of the week’s top entertainment headlines including complete coverage of the Emmy Awards, a new music video for a beloved Louis Armstrong song and Madonna will direct her own biopic.

TIFF 2020 Was a Slimmed-Down Success, Complete with Oscar Contenders and Solid Sales

Box Office: ‘Tenet’ Crosses $250 Million Globally, But Continues to Stall in the U.S.

Box Office Recovery Imperiled: “Do You Take the Risk or Do You Punt?

Fler avsnitt av Showbiz Sandbox 511: The Emmys and TIFF Pull Off the Virtual

Showbiz Sandbox 513: How Can Movie Theaters Survive Without Movies?

Showbiz Sandbox 511: The Emmys and TIFF Pull Off the Virtual