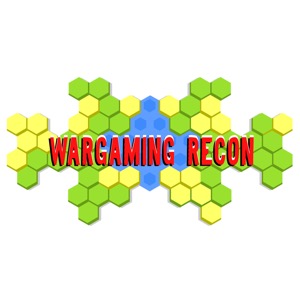 Don’t panic!  We’re not actually getting political.  We want to highlight some of our political games.  Below is a list of the games mentioned in this episode and how to get them.

Lawgivers – $4.99 premium or FREE for LITE version on iOS

The Campaign Trail – FREE  web only at AmericanHistoryUSA.com

Support Wargaming Recon through Patreon. It costs as little as $1 per per month. That is less than a cup of coffee. You’ll get episodes before non-members.

“Downtown” by Matthew Ebel is our theme song.  Peter Bryant designed our podcast logo.  Jonathan edited the audio and wrote the show notes for this episode.

This recording is licensed under a Creative Commons BY-NC-SA 3.0 license.

This post may contain links to products or services with which I have an affiliate relationship. I may receive commissions or bonuses from your actions on such links.

Wargaming Recon is dedicated to the memory of long time listener Andrew who helped to give the show its name. I ask all listeners to join me in a moment of silence in Andrew’s honor.

Devil in the Wilderness – Wargaming Recon #259

Wargaming Down Under – Wargaming Recon #258

How the Hobby Impacts Our Loved Ones – Wargaming Recon #256