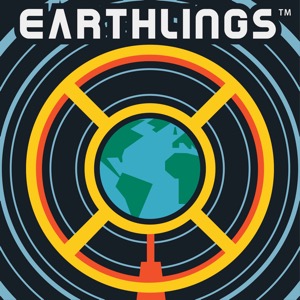 The metaverse, vertical farming, robots, autonomous vehicles, and space all have one thing in common - the Consumer Electronics Show.

Lisa Ann attended CES this year in Las Vegas and brought back some of the most interesting and innovative ideas brought up at the show. There are some fascinating and amazing things to look forward to in the near and far future including innovative tech. Many countries and companies were represented at the show, so there was something for everyone.

While there weren’t any flying cars just yet, there were plenty of other forms of technology represented. Science fiction in the past is no longer fiction, or in the past. Some of those things will be available in the near future! Lisa Ann talked with a number of representatives from various companies to show us what we can look forward to.

Oleg Dre is the CEO and founder of Manna (an interactive 3D media production platform). John Roth is the Vice President of Business Development at Sierra Space. Dan Park was the representative from N.thing. Nicholas Duprey is the United States representative from Moon Bikes.

The future of the metaverse and virtual reality

Functional uses for the metaverse

Space and space travel in the future

Robotic restaurants and servers to help with increased sanitation

Transportation in the future

Ep. 8 How Green Is Your Steel?

Ep. 7 The Psychedelic Therapist Will See You Now

EP. 4 Decrypting the Future of Money

Ep. 3 Coming Down From the Oil High