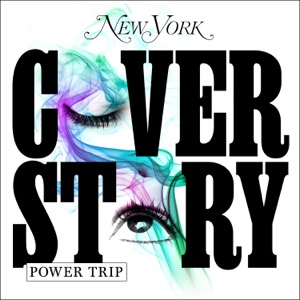 I Am the Wolf

We cross through the portal to the underground where “Susan” goes through the training to become a psychedelic therapist. Her mentor Eyal crosses way too many boundaries. (Is he the wolf?). And we finally meet Francoise Bourzat, honey-voiced trainer of trainers.

In an earlier version of episode 3, we misidentified Eyal Goren as a “licensed therapist.” He became a licensed therapist in the State of California in November of 2019. When "Susan" became his client, he was still registered as an Associate Marriage & Family Therapist. We’ve updated the episode to correct the mistake.

Cover Story is a production of New York magazine.

Sound design and engineering by Mike Cruz and Sharif Youssef.

Crystal Finn is the voice of Susan.

Special thanks to legal minds Elissa Cohen and Samantha Mason. And also to Isabel Dahn and James Kent.

Power Trip is also produced with Psymposia, a non-profit watchdog group. For a deeper dive into some of these issues visit psymposia.com/powertrip.

Fler avsnitt av I Am the Wolf

Who Am I Fooling?

I Am the Wolf

I See a Sh*tshow