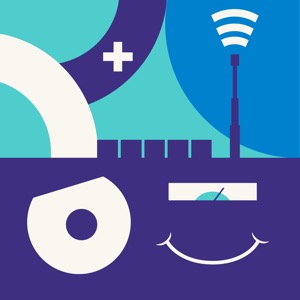 I was hoping they'd be on their boat while conducting the interview and they were! Bobbing along. They're super-keen boaters you see - well, not so much boaters as adventurers, which is absolutely appropriate and you'll know why when I eventually get around to telling you who they are. They've sailed across the Atlantic ocean on their own! They've sailed across the Bering Sea up near Alaska, though they took an experienced navigator to help them there.

In fact, if it weren't for the Covid-19 pandemic and the lockdown that came with it, they'd probably still be boating and wouldn't have returned to games at all. But being landlocked meant they got bored and so decided, eventually, to make a game again.

That, in and of itself, is a remarkable thing, because when these two people left games in the late 90s, they completely left. They didn't so much as look at a game in the two decades that followed. They didn't play a game, didn't keep up to date with the industry - nothing.

That's doubly-remarkable when you consider who they are: Ken and Roberta Williams, founders of the original mega-publisher and game-maker Sierra On-Line. They were responsible for so many games through the 80s and 90s, not least the King's Quest series that would enshrine Roberta Williams as a game-design legend - see what I mean about adventuring being very on-trend?

To go from that - 1000 people working for you and being the biggest business around - to nothing, well, it blows my mind. But then, they are a refreshingly unconventional pair, as I discover for myself here. It's part of the reason why their new game - a remake of Colossal Cave, the game that started it all for them - intrigues me so much, because they'll do it their way, whether we end up liking that or not. And have they still got what it takes to make a great game? I don't know! That's what's so exciting; it'll be nothing less than unique.

Newscast: Why is Sony worried about Call of Duty on PlayStation 6?

Newscast: Should you peek at Pokémon Scarlet and Violet leaks?

Newscast: Who will buy PlayStation VR2?

Newscast: Will Konami succeed bringing Silent Hill back from the dead?