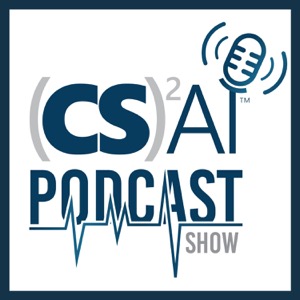 47: From Academia to CyberSecurity Executive with Ron Indeck

We have another interesting episode in our series of interviews with cybersecurity leaders and practitioners in the industrial controls systems or operating technology space.

Derek Harp is excited to have Ron Indeck, the CEO of Q-Net Security, and a Director, Founder, and Technology Advisor to Exegy and VelociData joining him on the show.

Ron grew up in Minneapolis, Minnesota, and got his degrees from the University of Minnesota. He is an inventor (he holds more than 100 patents), a distinguished professor at Washington University, a fellow at IEEE and several other professional organizations, an expert in all things magnetic, a serial entrepreneur, a scuba diver, and a father.

In this episode of the (CS)²AI Podcast, Ron discusses his career journey and shares his unique perspective on cybersecurity. He also offers some gold nuggets of career advice and gives insight into upcoming trends in the cybersecurity space.

You won’t want to miss this episode if you are looking for career inspiration or are interested in moving from the academic space into the world of cybersecurity. Stay tuned for more!

Ronald S. Indeck, Ph.D., received degrees from the University of Minnesota. He is CEO of Q-Net Security and a Director, Founder, and Technology Advisor to Exegy and VelociData.

He was a National Science Foundation Research Fellow at Tohoku University in Sendai, Japan. From 1988 to 2009 he was in the Department of Electrical Engineering at Washington University where he was the Das Family Distinguished Professor and Director of the Center for Security Technologies.

He has published more than 60 peer-reviewed technical papers and been awarded more than a hundred patents including MagnePrint. He has received many awards including the NSF Presidential Young Investigator Award from President Bush, the Missouri Bar Association Inventor of the Year, the IBM Faculty Development Award, the Washington University Distinguished Faculty Award, and the IEEE Centennial Key to the Future Award, and the IEEE Young Professional Award.

He is a Fellow of the IEEE, a member of the American Physical Society, and many other professional organizations. He has served on many local committees and group activities, was on the board of the FBI InfraGard, chaired sessions, and served at several international conferences including General Chairman for International Magnetics Conference, was an editor for the IEEE Transactions on Magnetics, President of the IEEE Magnetics Society, and IEEE Magnetics Society Distinguished Lecturer.

59: Staying Curious and Learning New Things is an Asset in Cyber Security with David Bacque

58: Leveraging Your Military Career to Carve Out a Cyber Security Career with Dr. Michael Chipley

56: The Critical Role of Your Network in Developing Your Cybersecurity Career

55: The Benefits of Working in the Cybersecurity Industry with Dave Salwen

54: The Importance of Mentorship in Your Cybersecurity Career with Daniel Ehrenreich

51: Learning the Discipline of Cybersecurity with Steve Mustard