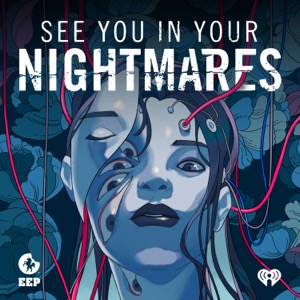 Introducing: See You In Your Nightmares

See You In Your Nightmares

Seventeen-year-old Harper Hart has been plagued by insomnia ever since the mysterious death of her twin sister. When she turns to an experimental treatment for help, something goes terribly wrong. Harper can now jump into people’s dreams... but she’s not alone. Subscribe now to dive into the nightmare in this original scripted horror podcast from Einhorn's Epic Productions & iHeartRadio.

EINHORN'S EPIC PRODUCTIONS & iHEARTRADIO PRESENT: SEE YOU IN YOUR NIGHTMARES

Created and Executive Produced by Heather Einhorn and Adam Staffaroni

Robert Leng as The Smiling Man & The Caretaker/Kai

With Stephanie Willing as Blossom

Special Thank You To The Shadow Unicorn

Fler avsnitt av Introducing: See You In Your Nightmares

Play With Your Heart

I Heard You Bleed