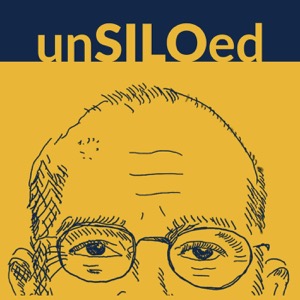 Our obsession with metrics is causing damage across the board, from education and medicine, to the police, military, and foreign aid. But our guest says we can at least begin to fix the problem.

His current work focuses on the border between history, social science, philosophy, and public policy.

He chats with Greg in this episode about measurability bias, metric fixation, how metrics have made baseball more boring, and surgical report cards.

So one of the problems with what I call metric fixation is the belief that since you are measuring in a standardized way, you are engaged in an objective scientific activity. And therefore it tends to militate against humility. That is to say, it gives you too much confidence in the metrics. Because after all you're doing science, and the other guy or gal, she's just working on her, gut or on her intuition around her so-called judgment. But I've got hard numbers and hard numbers are, that's what sent people into space. So they're going to help me figure out if this product that I have is going to work in the marketplace.

Again, I can't say it often enough, standardized metrics do have a positive role. They mitigate against various kinds of prejudice and against some kinds of biases. But when you put those metrics together with reward and punishment and transparency, you often get all kinds of dysfunctions.

The more metrics you have, the more employee and management time is being put into measuring as opposed to doing. And especially since good metrics require input from the practitioners themselves, because they're actually more likely to know what's important and what's not. So it's good to have their input, but again that takes some of their time. So there's a real tension between doing and measuring and coming up with the metrics and then producing the metrics and then analyzing the metrics.