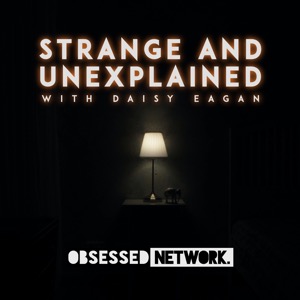 Introducing "Murder in Alliance: Ep. 1 Dead in the Water"

Strange and Unexplained with Daisy Eagan

Podcaster Rss
Dela
Dela på Facebook Dela på Twitter
Hey, Strangers! We're so excited to bring you the new show from the Obsessed Network, "Murder in Alliance." We've got the first episode here for you in this feed, and four more available right now wherever you get your podcasts.

Listen to the first five episodes and follow "Murder in Alliance" on your favorite podcast player HERE ().

In the podcast, investigative journalist Maggie Freleng reinvestigates the 1999 murder of Yvonne Layne. Though her ex-boyfriend David Thorne was convicted of the murder, evidence points to his innocence. Now, twenty years later, Maggie travels to Ohio to talk with people involved in the case, explore new leads, and try to identify who killed Yvonne.

Who Killed Lois Duncan’s Daughter: The Murder of Kaitlyn Arquette

The Simulation Theory: Is Any of This Real?

Doris Duke's Dark Secret (from "Crimes of the Centuries")

What Lurks Beneath: The Loch Ness Monster & Other Creatures of the Deep

The Death of Kendrick Johnson

The Cecil Hotel: Terror, Murder, and Death in The World's Scariest Hotel