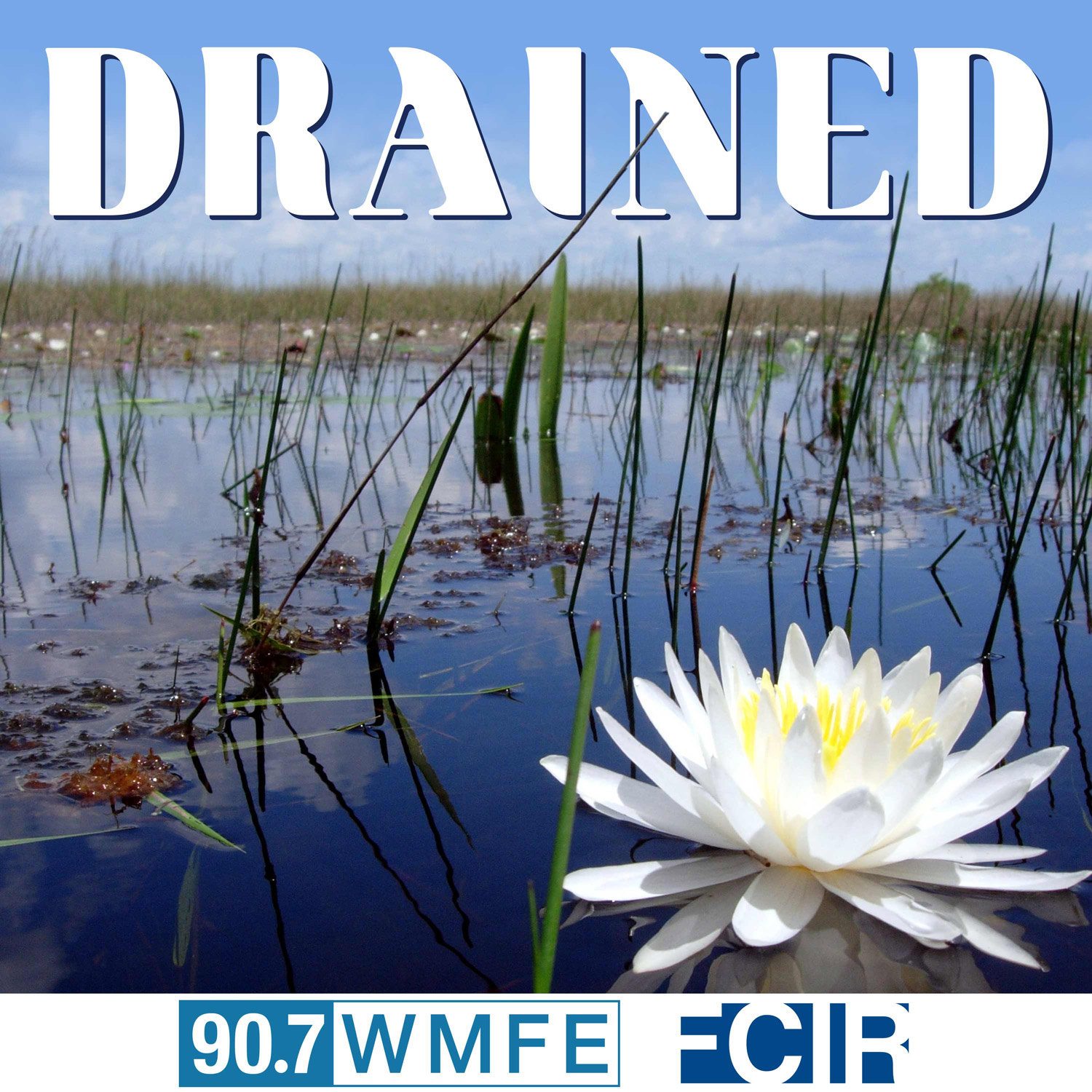 One component of Everglades restoration is aimed at getting the water clean. But what constitutes clean water in the Everglades? And how to make that happen? There’s been a lot of debate about that.

We explore this in the third episode of DRAINED, a podcast from WMFE and the Florida Center for Investigative Reporting, about the massive plan to save the Everglades. WMFE environmental reporter Amy Green wades into the controversy around one of the most ambitious environmental restoration efforts ever undertaken.

Listen by clicking on the player above or read the transcript below.

AMY GREEN: “How long does it take to drive across the reservoir footprint, from one side to the other?”

TIM HARPER: “It takes, because the terrain is so rocky, it takes about a half an hour to get from one side of the reservoir to the other. Maybe a little bit less.”

AMY GREEN: Tim Harper and I are stopped in his pickup truck. Harper is an affable man with a salmon-colored shirt and shiny sunglasses.

AMY GREEN: “And what are we looking at right now?

AMY GREEN: “And this is going to be under 20 feet of water?”

TIM HARPER: “Yeah eventually. When the reservoir is done.”

AMY GREEN: “It’s like a reflooding of the Everglades.”

AMY GREEN: I’m Amy Green and this is DRAINED — a podcast series about the massive plan to save the Everglades.

Few components of Everglades restoration have drawn more debate, or are more central to its mission of reviving a more natural water flow, than a reservoir to be built south of Lake Okeechobee, among the cane fields of the Everglades Agricultural Area.

TIM HARPER: “This is where rock was blasted. If you want to get out here we can kick some rocks around, maybe.”

AMY GREEN: The Florida Legislature agreed in 2017 to jump-start construction on the reservoir in response to toxic algae, as you heard in the last episode. But sugar growers strongly opposed the reservoir on their land.

AMY GREEN: In September I drove down to the reservoir site to see the progress for myself. Construction will not begin until 2021 or 2022, but work already was underway on an adjoining marsh or stormwater treatment area that will filter the water of nutrient pollution before it flows into Everglades National Park to the south.

TIM HARPER: “My name is Tim Harper. I’m an engineer with the South Florida Water Management District, and I’m a construction manager of the project.”

AMY GREEN: Harper showed me around. After a long drive through the cane fields, I climbed out of Harper’s truck and carefully stepped down a muddy embankment onto a constr...

Drained - About This Series