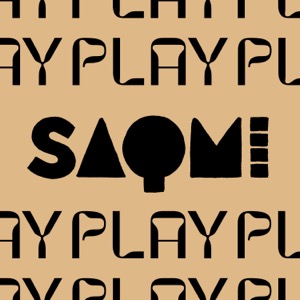 This episode is in English

In this episode we talk to Del LaGrace Volcano, an artist and activist based in Sweden for 15 years. Del is best known as a still photographer and has been photographing queer scenes and queer personalities & celebrities since the 1970s, mainly in San Francisco and London. They have made several photographic monographs, including The Drag King Book in collaboration with Jack Halberstam in 1999. Del appears in the documentary Venus Boyz from 2002 and have themselves made an unknown number of short movies during their up to now 40-year artistry. In fact, SAQMI is now in the process of digitizing some of Dels’ movies and making them accessible for an audience.

Born in California 1957, Year of the Fire Rooster. Del LaGrace Volcano is a gender variant visual artist and cultural producer working with the body and gender/sexual identity notions for both social, political and personal purposes. Volcano is considered one of the pioneers of queer photography. Their work focuses on troubling the constructs of gender, sexuality and the corporeal body as a form of public intervention and antidote to heteronormative culture. Del LaGrace Volcano studied photography at the San Francisco Art Institute from 1979 – 81 eventually gaining an MA in Photography Studies at the University of Derby in 1992. As Della Grace/Del LaGrace Volcano they produced five photographic monographs: Love Bites, 1991, an exploration of lesbian sex culture. The Drag King Book, 1999, (in collaboration with Jack Halberstam) an exploration of drag king culture in both the USA and Europe, Sublime Mutations, 2000, (foreword by Jay Prosser) is a retrospective look at Volcano’s photographic work from the 1990s. Sex Works, 2005, (afterword by Beatriz Preciado) which examines the history of sexuality of queer scenes and Femmes of Power, 2008, (with Dr. Ulrika Dahl), the first photographic monograph that celebrates queer and alternative expressions of femininity in the USA and Europe.

SAQMI Play is produced with the support from The Swedish Arts Council and the National Archivist Ingvar Andersons Fund.