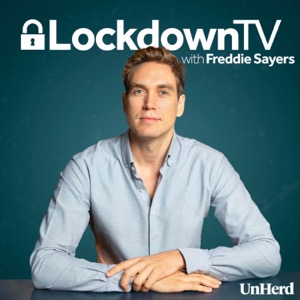 Sir Nicholas Soames: the values of Philip's generation are now far away

There are few families in Britain closer to the royal family than the family of wartime leader Sir Winston Churchill. His grandson, Sir Nicholas Soames, knew Prince Philip very well over a 60-year period and shared his thoughts on his passing in a special edition of LockdownTV.

“It’s a strange day, a day of reflection, and I hope people get him right," he told me. "The press, with that attention span for which they are famous, always talks about his ‘gaffes’ — his gaffes were that what you saw was what you got. He was an absolutely ram rod straight former naval officer, who didn’t have much time for sycophancy or bloody fools or anyone else, and spoke as he found. But he was essentially a man of great humour, he had tremendous wit and charm … and he held very strong views. This is not a mere figure.”

Sir Nicholas reflected on the values of the generation that the Duke of Edinburgh belonged to:

"One of the saddest things about Prince Philip dying — and about a lot of people who die of his generation — is that they are the last of a generation who people talk about slightly glibly, but they were the wartime generation. He did see active service, he knew what it was like to command in great difficulty and at hours of great danger... The values of his generation now feel quite far away. He wasn’t a sentimentalist, Prince Philip, but he was a tough egg... He was the epitome of the stiff upper lip. I mean that in the best sense of the word. It wasn’t that he didn’t share emotion in any way, but he was a great believer in picking yourself up and getting on with it.

I’ll tell you what I think we have lost, that his generation had — we’ve lost any sense of proportion about what goes on. Everything is bulled up into an enormous drama, but if you’ve lived in that generation you’ve lived through an era of profound upheaval. And you learned to distinguish between what was important and what wasn’t important. I think we’ve lost that now."

Sir Nicholas stressed that, as evidenced by Prince Philip's founding of St George's House centre for spiritual reflection at the chapel at Windsor Castle, "he was a thinker, and he was interested in the spiritual side of life."

But the reputation for straight talking was well-earned:

"He didn’t like bloody fools, and if he thought you were talking rubbish he told you… What you saw with Prince Philip was what you got. He was completely authentic as a human being. I think it must have been a great challenge when he first started as the Queen’s consort not to allow his own character to dominate. He was always in the Queen’s wake, and he supported her through thick and thin, through some terribly difficult times."

Sir Nicholas shared that Prince Philip would not have wanted a state funeral, even if Covid had not prevented one:

"I think people would have wanted in great numbers to come and show their respects to Prince Philip, and I think it’s very sad — and entirely correct and understandable — that there are going to have to be very special arrangements for the funeral, because after all the royal family will want to behave the same as anyone else. I understand the body will lie in state at Windsor before his burial and it is not going to be a great do… I know for a fact that Prince Philip did not want a state funeral, but there would have been an opportunity for the public to pay their respects, because he was greatly admired."