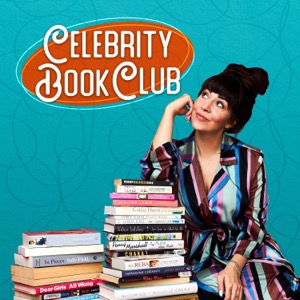 Editors’ Notes: “I've always loved these books, but they're not very respected,” says Chelsea Devantez, host of Celebrity Book Club, a weekly podcast in which she and her friends uncover the true stories behind famous women's notorious and gossipy tell-alls. “So it's always been like this little secret I've kept to myself.” Devantez's guilty pleasure has earned her the honor of the inaugural Spotlight—Apple Podcasts’ new series showcasing the most exciting new voices in the medium.

Initially, the writer, comedian, and and filmmaker—whose credits include writing for Comedy Central’s late-night satire The Opposition With Jordan Klepper and the ABC sitcom Bless This Mess—couldn’t possibly imagine the idea of turning her passion into a full-fledged podcast. The idea was born in February 2020 when she went on a girls' trip and began using her Instagram Stories to recap Jessica Simpson’s memoir Open Book from a hot tub. “I had so many messages come in being like, ‘Oh my god, I would have assumed that book was so dumb,’” Devantez says. “So I was like, 'Well, if you like this one, you should hear about my other favorite memoirs.’”

It was important for her to keep that same vibe for the show, which features friends of hers, some of whom work in the entertainment industry, recapping and dissecting a new autobiography every week. Though these celebrities may have been famous for decades, Devantez emphasizes how little we actually know about their lives; Demi Moore's 2019 memoir Inside Out proved something of a revelation for Devantez. “I thought, ‘Oh, Demi has these hot, disciplined thin-girl vibes, I can't connect to that,’” she says. “And then in the book, you realize she's developed that tough persona because of all of this vicious trauma in her life. Some of the trauma she went through matches things in my life exactly. She became a tough cool girl, and I became a chaotic mess who has a matching sweatshirt set with her dog, but we both had the same core pain.”

Devantez believes that the memoirs they discuss are not only wildly entertaining and salacious, but there’s something to learn from them, too. “I think these genuinely are my self-help books,” Devantez admits. “They've taught me a lot about life by going even deeper into them on the podcast. I think we're all afraid to share things that we're embarrassed or feel bad about, but when these women do it in these books, it makes you feel less alone.” She adds: “If you’re a powerful woman in life you have been put through the ringer, so these books have some crazy tales in them. And there’s so much power in a woman telling her own story.”

Sheila E.'s The Beat of My Own Drum (with Caissie St. Onge)

Delta Burke's Delta Style: Eve Wasn't a Size 6 and Neither Am I (with Akilah Green)

Gabourey Sidibe's This Is Just My Face: Try Not to Stare (with Aeysha Carr)

Mariah Carey's The Meaning of Mariah (with Lydia Popovich)

Demi Moore's Inside Out (with Sierra Teller Ornelas)