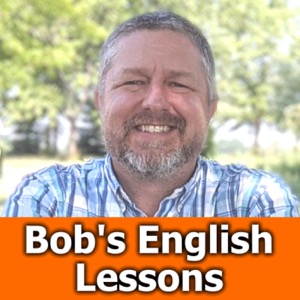 Learn the English Phrases I'VE HAD IT! and TO HAVE IT OUT WITH SOMEONE

In this English lesson I wanted to help you learn the English phrase, I've had it! Now simply used, this simply means that you have had something. If someone says, have you had pizza? You could say I've had it and I liked it. But we also use this phrase to describe a situation, when you want something to stop. It's been raining a lot here lately, you can maybe see some puddles on the ground there and I've had it. I've had it with all the rain we've been having. That means that I wish it would stop. Sometimes I use this phrase in the classroom too. When students are talking too much, I can say, hey, I've had it with all of the talking there in the back of the room, please stop. So, in English when you say I've had it, it means you want something to stop. I've certainly had it with all this rain. It's just way too wet out here, it's gotta stop soon or it's not going to be a very nice rest of the fall.

The second phrase I wanted to teach you today is the phrase to have it out with someone. When you have it out with someone, it means that you're annoyed with someone about something and maybe they're annoyed with you about something, and eventually you argue about it or you discuss it strongly would be a good word. When you have it out with someone, it usually means that there's a little bit of arguing, maybe some yelling involved as well. Maybe my sister is doing something regularly that annoys me and I don't want to say anything, but eventually I want to have it out with her. I'm going to tell her what she's doing that's annoying me, and we're going to have a conversation about it. And hopefully after we argue and fight a little bit, we come to a resolution. By the way, I don't really actually fight with my sisters they're very nice people, and that was just an example.

Anyways, to review when you say I've had it, it simply means that you are done with something, you want something to stop. My example was that I've had it with all this rain I hope it stops soon. And then when you have it out with someone, it means that you argue with them, you fight with them. You talk about whatever the two of you have been disagreeing about, you just have it out with them and then hopefully you resolve it.

Hey, let's look at a comment from a previous video. This comment is from Mat, and the comment is this. Oscar thinking, I can't be bothered to say hello to everyone. This is from the video a couple of days ago, where Oscar was kind of grouchy and sitting on the picnic table. My response, he's like that sometimes when I'm out with the camera. He does the same thing whenever someone has a camera and tries to take a picture of him. He does not like the camera at all.

So Oscar is a unique dog. He, well, maybe there's other dogs like this as well, but he certainly does not enjoy the camera. The camera when I bring out my video camera, when any of my kids try to take a picture of him, he usually tries to hide or he goes away or he acts a little bit grouchy. Now, the other day he was acting that way because Jen was on her way to market. And he knows when Jen is leaving, and that makes him really really sad.

Fler avsnitt av Learn the English Phrases I'VE HAD IT! and TO HAVE IT OUT WITH SOMEONE

Learn the English Phrases AS WHITE AS SNOW and SNOWBIRD