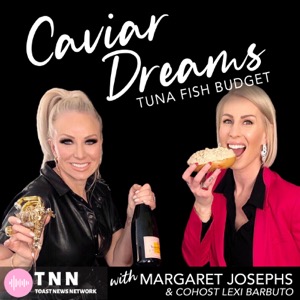 ...Because You Can't Go Naked! with George Brescia

Podcaster Rss
Dela
Dela på Facebook Dela på Twitter
Style expert and author of “Change Your Clothes, Change Your Life Because You Can’t Go Naked!”,George Brescia has appeared on NBC’s TODAY SHOW. His other television includes doing regular red carpet commentary and fashion and trend reporting for CBS, ABC, NBC, and FOX. As Playbill.com’s “Best Dressed” columnist he covered the Tony Awards and several seasons’ Broadway openings and galas.
His award-winning web-series DRESS-UP featured George working with Broadway’s top stars preparing them for their opening nights and premieres. He travels the country doing guest lecturing, special events, and regional television shows about current fashion trends and personal styling and has also been featured on NPR’s Market Place. George is currently the brand ambassador for LOGO by Lori Goldstein on the QVC Network. His background includes twenty-five years workingclosely with top fashion leaders Ralph Lauren, Donna Karan, Tommy Hilfiger, and with the fashion directors at Bloomingdales, Bergdorf Goodman, and Lord & Taylor.
As the man behind “Change Your Clothes, Change Your Life”, he’s also a top-tier NYC-based stylist and image consultant with clients ranging from A-list celebrities to everyday men and women looking to improve their appearance and gain confidence. His philosophy is that clothing is so much more than style. Every single thing you wear communicates something about you to the outside world. And it also has a significant impact on the way you feel. George says, “Your clothing has the potential to enhance your personal brilliance.”
Find Everyone:

...Because You Can't Go Naked! with George Brescia

Ciao! From Italy with Maria Gangemi

J’adore Your Style! with Teggy French

Seas The Day with Hannah Ferrier

Carson on Caviar with Carson Kressley

Moms Moving On with Michelle Dempsey-Multack