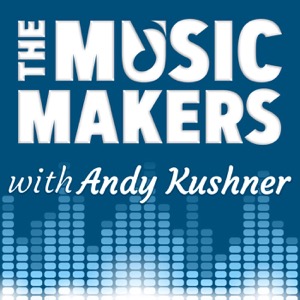 Podcaster Rss
Dela
Dela på Facebook Dela på Twitter
Kurt Howell has been a keyboardist, lead vocalist, songwriter, recording artist, and producer. As you’re about to hear, I first met Kurt back in the mid ’70’s when we played in our high school stage band together. I played trumpet and he played piano and he really influenced me in terms of improvising and playing with emotion and feel. I also hired his amazing teenage cover band to perform for a couple events I was involved with. I later learned that he went on to perform with Southern Pacific, the country rock group that put out five albums and had a series of hits. They were even named New Country Group of the Year at the CMA’s. Kurt then put out a solo pop album produced by the well-known Michael Omartian and then formed the group, Burnin’ Daylight with Marc Beeson and Sony LeMaire releasing one album that had three singles on the Billboard Country Music Charts including a top 40 hit. We recently reconnected and I got the whole story! I found Kurt to be extremely inspiring being a musician and artist who has truly enjoyed the ride.

Benny Pough: CEO of D. Verse Media and What it Really Takes in Today's Music Industry