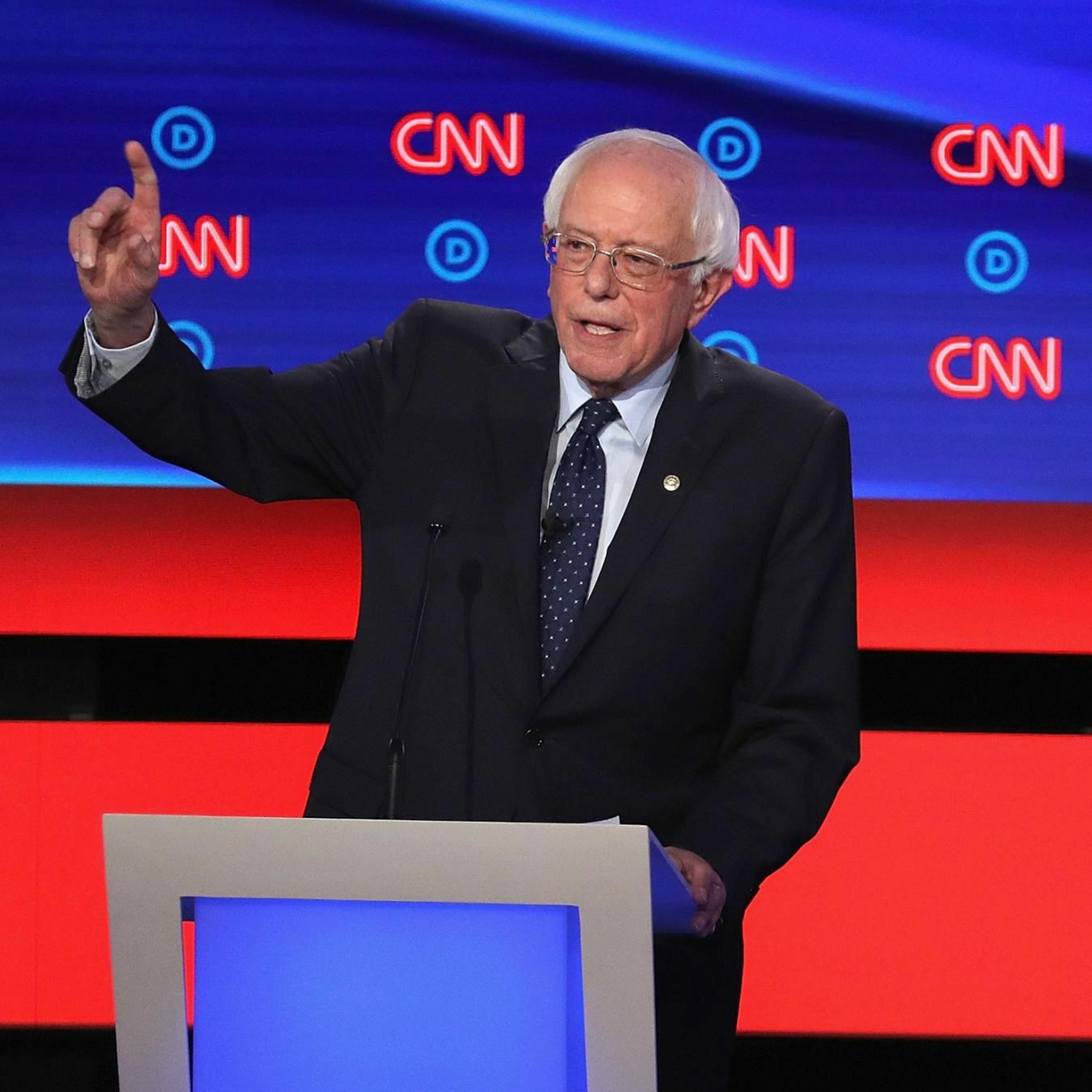 As the actual voting in the Democratic presidential primary gets closer, the race is becoming tighter, both numerically and emotionally.

Some wealthy Democratic donors appear to be panicking as the candidate they’ve gravitated toward, Joe Biden, has had trouble in debates and also demonstrated significant problems appealing to the small-dollar donors that have become so important in Democratic presidential campaigns.

Additionally, the informal truce between Elizabeth Warren and Bernie Sanders has started to unravel a bit as the Massachusetts senator has pulled into either first or second place depending on the survey. While the candidates themselves aren’t going after each other, some of their supporters are sparring with increasing frequency.

The key point of contention for these further-left candidates revolves around a subject that this show is named after—their theories of change.

Both candidates have called for significant expansion of the federal government, more regulations on big business, and also for higher taxes on wealthy people. But how can such big promises be achieved when the Senate is dominated by small states that elect Republicans?

Sanders says he can solve the problem by activating the millions of Americans who have dropped out of the political system because they believe both parties mostly advocate for the same policies. And it’s true that surveys of these “unlikely voters” reveal them to be more economically liberal than those who do vote. At the same time, however, the term “socialism” has proven unpopular with many Americans. In a survey conducted earlier this year, the Pew Research Center found that 33% of Democratic respondents said they negative opinion of socialism. Independents are even more skeptical.

Elizabeth Warren, meanwhile, seems to be focusing first on winning the nomination rather than completely overhauling the American economic system. Polls have shown that Democratic loyalists seem to like her over Sanders, but her left-wing critics argue that Warren’s less sweeping solutions won’t solve the problems that she and Sanders agree exist.

With Joe Biden running out of steam with each passing day, the debate over how to make change between Warren and Sanders is likely to become only more significant within the Democratic presidential contest. Carl Beijer, a socialist writer, joins Theory of Change host Matthew Sheffield to discuss the emerging contest between the two candidates and what it means for Democrats in 2020. Beijer also discusses the strengths and weaknesses of Warren, Sanders, and Joe Biden in a general election against Donald Trump.

Fler avsnitt av Theory of Change #3: Sanders vs Warren and the battle over how to make change, feat. Carl Beijer

Theory of Change #6: Editorial cartoons in the age of the meme (Nick Anderson and Nate Beeler)

Theory of Change #5: Can we trust opinion polls? (With Courtney Kennedy of the Pew Research Center)

Theory of Change #4: Has Trump really changed the GOP all that much?

Theory of Change #1: Why has GOP control of numerous state governments had few real results?