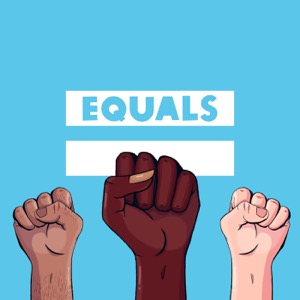 In a few days, a 36-year-old former student leader who wants to fight inequality will become the President of Chile. He says, “If Chile was the cradle of neoliberalism, it will also be its grave”.

We find out about what President-elect Gabriel Boric wants to do, and about the movement of young people whose protests have swung the pendulum of power in Chile.

We take a trip to 1973 to the birth of neoliberalism – the economic ideology that would go on to spread across the world – under military dictatorship.

And we ask if this is part of a wider progressive wave across Latin America.

Co-hosts Nadia and Nabil are joined by two amazing guests for this fascinating conversation.

Noam Titelman played a vital part in the Chilean youth movement as an activist, was the spokesperson of national university students' confederation (CONFECH), and was a founding member of the Broad Front (Frente Amplio) Chilean political coalition established by former student activists. Currently he's a PhD researcher in the London School of Economics and Political Science.

We also speak to Ana Caistor Arendar who is campaigns lead at Progressive International, which unites, organizes, and mobilizes progressive forces around the world. She was formerly a journalist in Latin America before going on to become an expert, activist and advocate on inequality on the continent and worldwide.

Make sure you share the podcast on social media and leave a review! We’re at @EQUALShope on Twitter. For more information about the people’s vaccine movement check out @peoplesvaccine.

If you’re joining us on EQUALS for the first time, tune in to our earlier interviews – from talking with the award-winning journalist Gary Younge on what we can learn from Martin Luther King Jr to fight inequality, to rebel feminist economist Jayati Ghosh, best-selling author Anand Giridharadas on whether we need billionaires, and the Managing Director of the International Monetary Fund Kristalina Georgieva on what communism has to do with today’s pandemic.

ON BILLIONAIRES AND FOSSIL FUELS - With Nafkote Dabi, Harjeet Singh, and Teun Ott after COP

THE “CASINO” OF GLOBAL FINANCE – with Ann Pettifor

COST OF LIVING STORIES ACROSS THE GLOBE – from Lumbadzi, London and Cape Town

INFLATION: THE UNTOLD STORY – with Lindsay Owens and Irit Tamir

“FOR HEAVEN’S SAKE, GET PREPARED!” – With Helen Clark, Former PM of New Zealand

“AN INCREDIBLE EXPLOSION OF INEQUALITY” – with Renowned Economist, Branko Milanovic

IS SANTA CLAUS A CAPITALIST ICON? – A lively Holiday Special with Asad Rehman