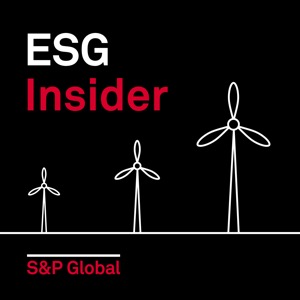 Pollution, over-fishing, coral bleaching and the impact of climate change — the oceans are clearly in trouble. Over the past decade, many more nature-based projects have gotten the support of green financing mechanisms, such as green bonds, but little of that new money has benefited the ocean economy.

To help fix that financing gap between the terrestrial and marine worlds, some banks are experimenting with a new type of financing instrument known as a blue bond. The first such instrument was issued in October 2018, enabling the island nation of Seychelles to offload a portion of its debt in return for increased marine protection. The deal stabilized Seychelle’s debt position, while boosting investment in the local marine economy.

Since then, half a dozen other countries or banks have issued blue bonds, including the World Bank, the Bank of China and the country of Belize. In this episode we speak to Ramzi Issa, a managing director at Swiss bank Credit Suisse, who helped arrange the recent Belize blue bond, which raised $364 million. Part of that money was used to restructure Belize’s debt and part of it is allocated for marine conservation. As Ramzi says, "You're effectively creating funding for these projects through debt relief. So that was kind of a key feature of the transaction when [investors] participated."

For now, blue bonds remain a niche market. But they join other innovative efforts to increase ocean investment flows. In July 2021, for example, we interviewed the marine explore Jacques Cousteau’s grandson, Philippe, who is also working to bring the oceans to ESG investors. Listen to the episode here:

Both blue bonds and other form of sustainable financing for the oceans could get more attention during the U.N. biodiversity conference known as COP15 being held in China in late April and early May.

Correction: This episode was updated to correct a reference to Credit Suisse, which is a Swiss bank.

What a new EU energy plan means for renewables investment

How ESG is becoming 'table stakes' for private equity

On the ground in NYC: How climate change is forcing a new type of financial literacy

A new economic model for the climate change era

How human rights are moving up the agenda for businesses, investors