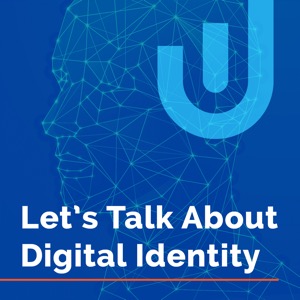 In episode 40, Roland fills us in on how Verimi works and its privacy-by-design cornerstones, including data minimisation. Oscar and Roland also discuss the digital identity landscape in Germany and how it's been affected by the pandemic, plus the future of identity in Germany and what needs to happen next.

"Customer experience is king at digital identity. And really, technology, security, privacy, whatever it is - it's important, but in a sense it’s a commodity."

Roland Adrian has been Managing Director and Spokesman of the Management Board at Verimi since January 2019. Previously, he was Managing Director and Spokesman of the Executive Board at Lufthansa Miles & More GmbH for four years. The business degree holder started his career in 1996 at Roland Berger Strategy Consultants in Munich. After holding leading positions in the KarstadtQuelle Group, he built up the HappyDigits bonus programme from 2002 as a joint venture between Arcandor AG and of Deutsche Telekom AG. In 2009, he moved to PAYBACK in Munich and from 2010 focused on the launch of the programme in India. As Vice President, he led PAYBACK's expansion into various markets worldwide.

Find Roland on LinkedIn or email him at [email protected]

Verimi is the European cross industry identity and trusted platform. Verimi combines a convenient central login (Single Sign On), the highest data security and protection standards in line with European law and the self-determination of users regarding the use of their personal data. Verimi was founded in spring of 2017. The identity and trusted platform is supported by a network of thirteen international corporations. The shareholder network includes Allianz, Axel Springer, Bundesdruckerei, Core, Daimler, Deutsche Bahn, Deutsche Bank and Postbank, Deutsche Telekom, Giesecke+Devrient, Here Technologies, Lufthansa, Samsung and Volkswagen.

Verimi is a Ubisecure partner. Read more about the partnership in the press release: https://www.ubisecure.com/news-events/verimi-partnership/

We’ll be continuing this conversation on LinkedIn and Twitter using #LTADI – join us @ubisecure!

The role of identity in financial inclusion with Amit Sharma, FinClusive

Finland vs Estonia: leading the way in eSignatures with Margus Pala and Johan Nyman