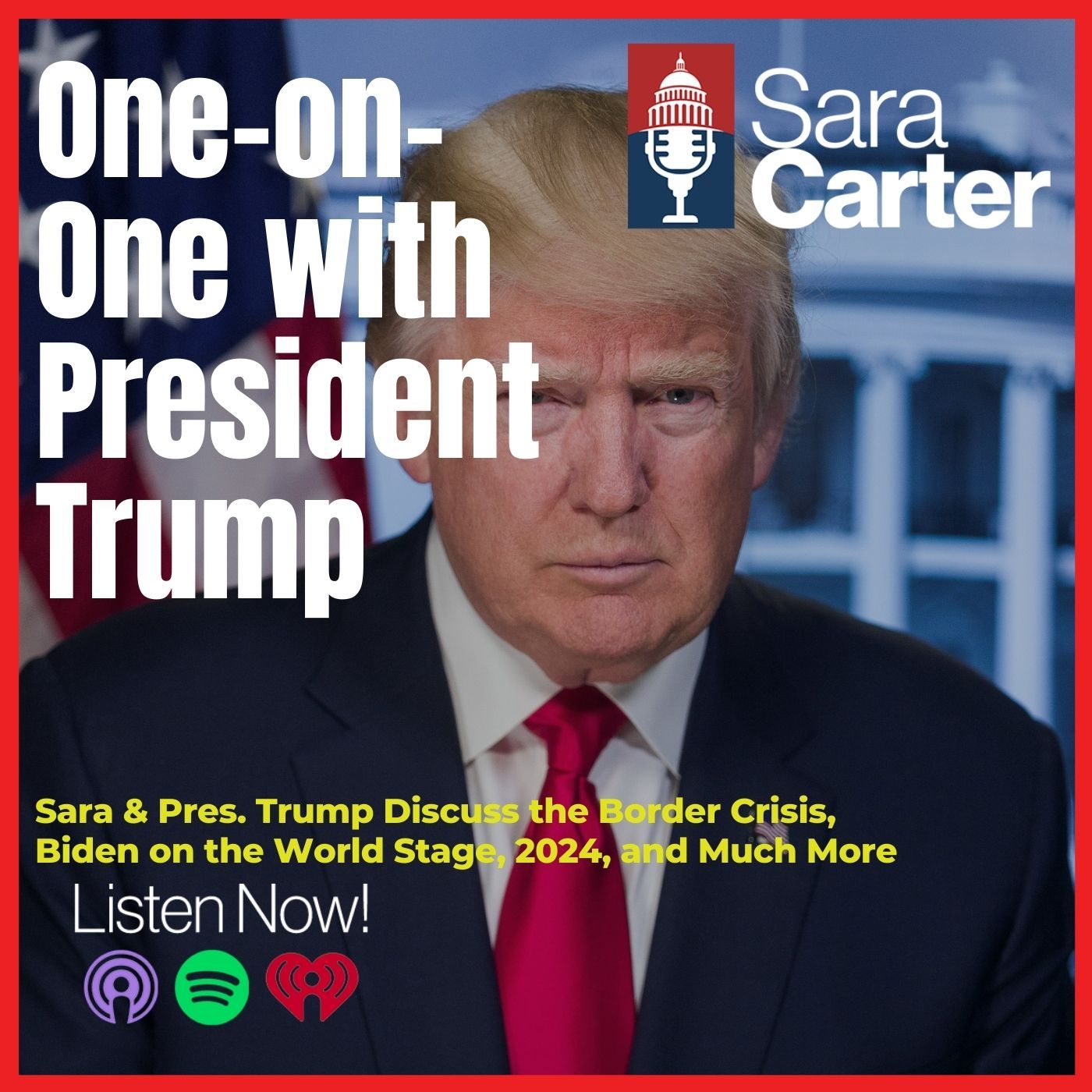 Sara welcomes President Donald Trump for an extended one-on-one interview. In this wide-ranging conversation, President Trump offers his insights on the border crisis triggered by the Biden administration and how Biden is getting "taken to the cleaners" by the rest of the world. They also discuss how our energy independence is now at risk, why Trump believes Mitch McConnell should no longer be leading Republicans in the Senate, and why charges still have not been filed against any Obama administration figures for their roles in the Russia hoax from the 2016 campaign.


The Association of Mature American Citizens
https://amac.us/carter
The benefits of membership are great, but the cause is even greater.

Tunnels 2 Towers
https://T2T.org
During this 20th anniversary year of 9/11, help America to NEVER FORGET. Donate $11/month to Tunnel to Towers at T2T.org

Highlights--
Will Trump Run Again in 2024?
Sara: Will you come back? Will we see you come back in one way, shape or form? What is the criteria that you will give in deciding whether or not you'll run for 2024 election?

Trump: I think everyone's gonna be very, very happy. We're working very hard. We're endorsing a lot of great people not endorsing some other people, frankly. But the endorsements have had a huge as you know, because you wrote about it, but the endorsements have had an impact. Like, it's almost unanimous when I endorse somebody, they when we're looking only at the good people, the really good ones. And that's a big thing. And as far as the election, as far as the 2024 is concerned, I think everyone's going to be very happy.

Trump Blasts Media Lies
Trump: It's not a question of being wrong, they're corrupt, you know that they're corrupt. They know instead like, oh, gee, you're wrong. They know that you don't have to say that to them. Then when they do have to admit things like the most recent, whether it's hydroxychloroquine, or the lab in Wuhan, and all the things I said, you get, really they don't do anything. They don't they don't apologize to the country. They don't apologize. Look, their ratings are now the lowest they've ever been in history, the media approval ratings of the media, the mainstream, the lamestream media, as I call it, but the ratings are the lowest the approval ratings, ever, ever. And so people get it, but I think we had I know it started off at 10 or 12. And now it's up to 19 things about me that they were so wrong about and you know, that's I think the country's gotten used to it practically.

Trump Bashes Biden’s Changes
Trump: Well and the President is he was a tremendous success. There's never been anything like it. We have we had the greatest economy we rebuilt the military we did. Right to try as an example. So many people are now living because of right to dry, biggest tax cuts in history, all the opposite of what's going on right now. We're gonna have tremendous inflation, the economy is going to be in big trouble all of the things that we see now. It's almost the opposite. We have the strongest border in history, and now we have the weakest border in history and the most dangerous border. And it's, you know, it's very sad to see what's happening.