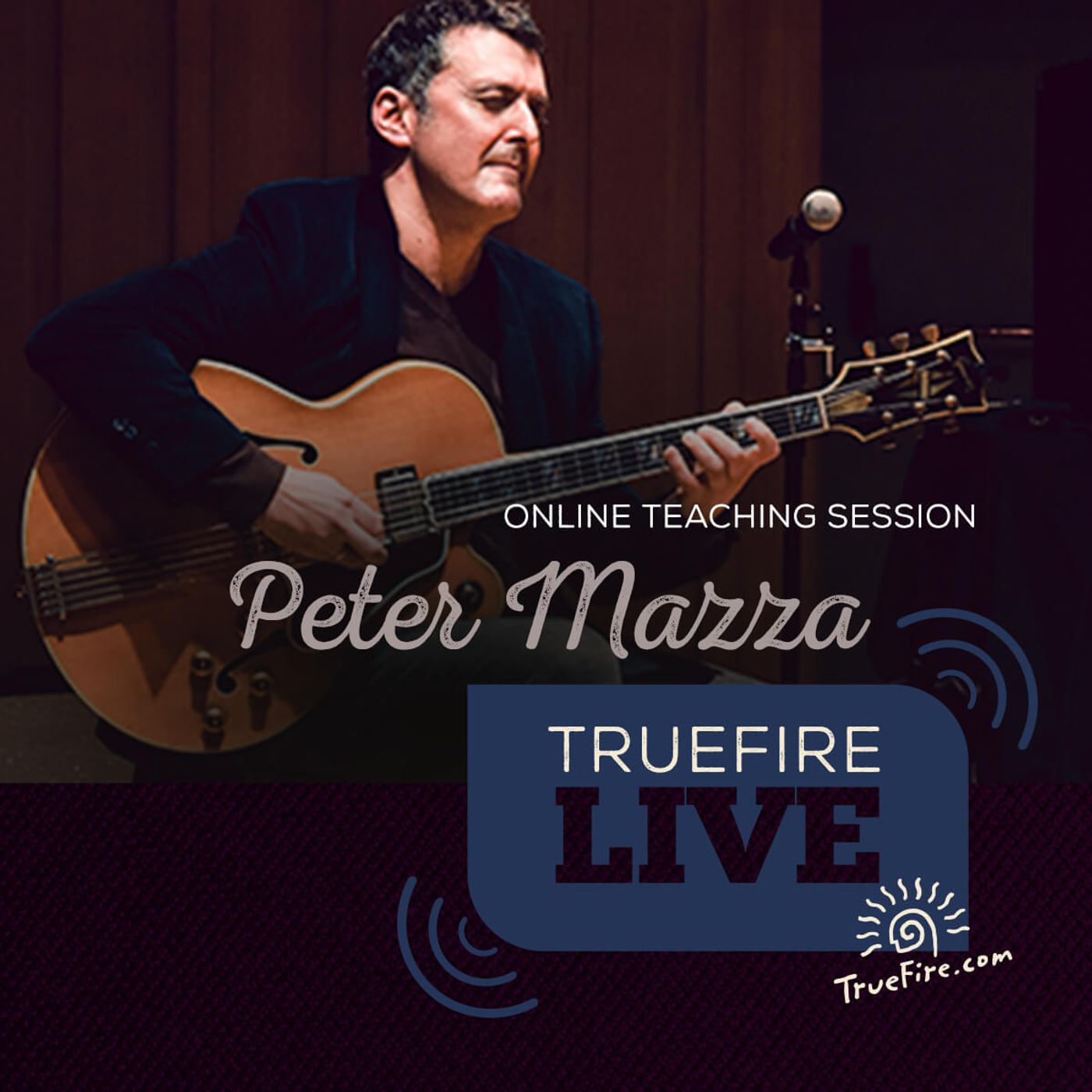 About Peter: Peter Mazza is an exciting jazz guitarist recognized for his creative and virtuoso interpretations of jazz standards as well as his passionate and thoughtful compositions. Blending clean and fluent lines with colorful chord voicings and driving pulse, he creates imaginative ensemble arrangements as well as lush solo guitar pieces.

Born and raised in New York City, he attended La Guardia High School of Music and the Arts, then went on to obtain a Bachelor of Music from the Manhattan School of Music and a Masters from The Juilliard School (his Masters on a full scholarship). He studied under guitarists- Allen Hanlon, Fred Fried, Jack Wilkins, Rodney Jones, Dennis Koster.

Peter went on to gain acceptance to the prestigious Thelonius Monk Jazz Competition, where he was ranked semifinalist.

His groups have been featured at jazz venues such as Dizzy’s Club, Birdland, The Knitting Factory and the Cornelia Street Café and as part of special events held at the United Nations, Rainbow Room, Rialto Room, The Allen Room, The River Club, The Yacht Club, Tribeca Grill, Le Bernadin, Brigewater's, Saks Fifth Avenue, Bloomingdale's.

Over the course of his steady-Sunday-night, Peter has favored the use of 2 different instrumentations that have complimented intimate size of the BND and the club’s exclusive trio format. Those trios boldly explore texture and rhythm without the presence of drums. They include a guitar with bass and horn group, then a guitar with keys and bass group. His current trio with Misha Tsiganov on piano and Thomson Kneeland on Bass just recorded a debut release called “Circles and Lines" on Peter’s own Urban Flower Records.

After successfully launching his residency-gig, early on Peter helped implement a 7-night-a-week schedule of jazz music at the Bar Next Door at La Lanterna that has featured an outstanding and diverse array of guitar and saxophone-led trios, from some of New York’s most seasoned musicians, to some of its most exciting new talent. In an effort to continue to expand the club’s offerings as its Musical Director, 3 years ago he designed and implemented an Emerging Artist Series that has featured the best college-aged musicians playing early sets that occur on 4 nights of every week.

Peter has been invited to perform and guest speak at New York University, The Manhattan School of Music and at the Peabody Institute. In his presentations he discusses how he initiated jazz nights at various restaurants and bars throughout the city and how that effort culminated in the conversion of the BND from a restaurant with jazz into a notable full-on listening venue. He advises students on creative and professional ways to assimilate into...