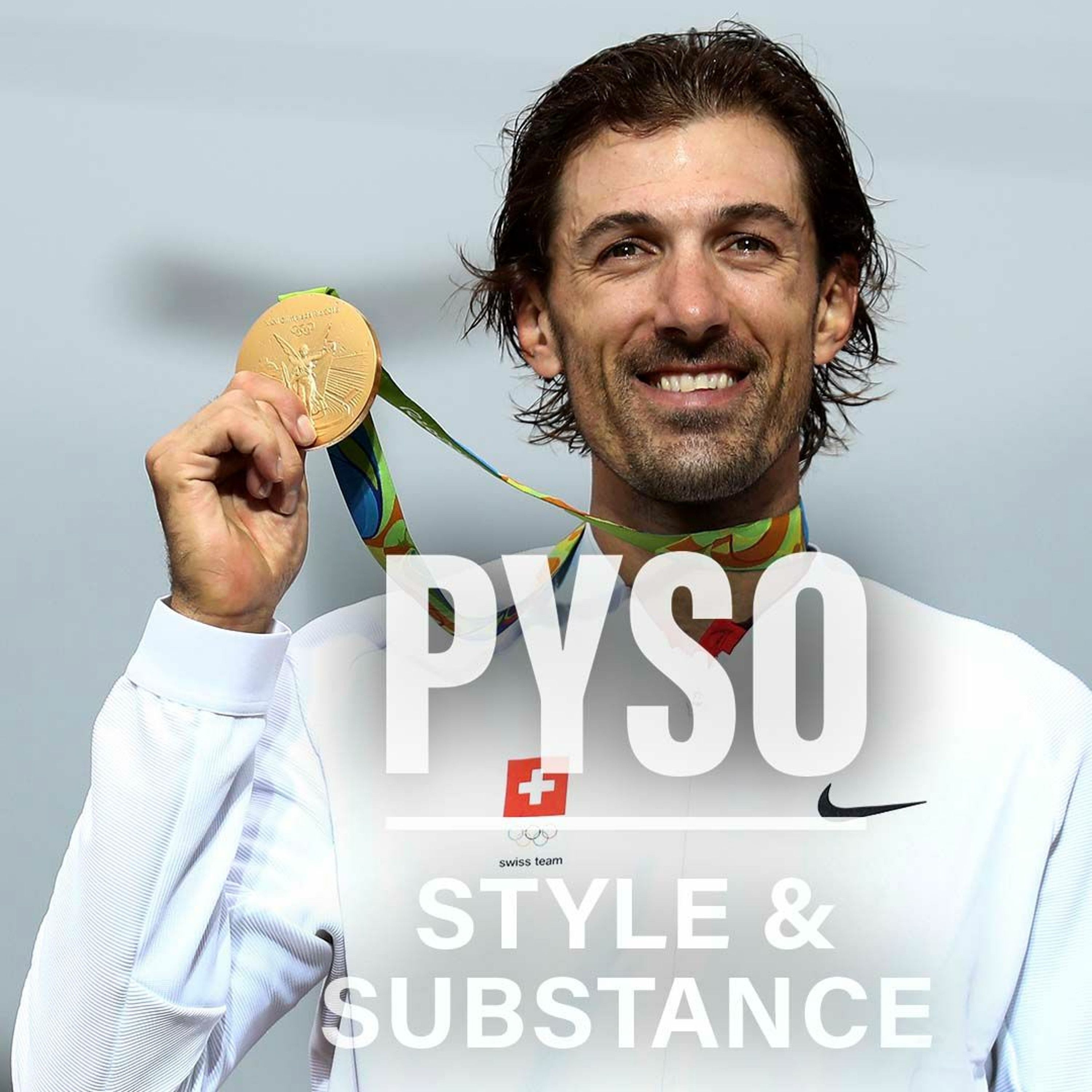 PYSO, ep. 80: Fabian Cancellara on a champion's mentality and the work that goes into it

In this episode of Put Your Socks On, the legendary Fabian Cancellara weighs on on the socks.

"Socks — they need to be short," says the four-time world time trial champion. "Rapha always comes up and says the socks need to be high. No! That look is not stylish. That look it's just a no-go. So I want to have my socks short. And then it's stylish."

The two-time Olympic time trial champion also points out that high socks are now aero equipment. "They think socks can give an advantage of one to five watts," he says. "There is a lot of discussion, but you know what is good? I'm out of the game. I just don't want the tan lines for when I am at the beach."

Cancellara chats with Bobby Julich and Gus Morton about his long and storied career, which included three wins at both Paris-Roubaix and the Tour of Flanders.

The Swiss racer also holds the record for most days in the Tour de France yellow jersey — 29 — for a rider who never won the overall.

Cancellara wrapped up his career in high style right after the 2016 Olympic Games — "a better ending of a career was not possible" - but he says that his Flanders win in 2013 sticks out as a career highlight because of how hard he had to fight back after a challenging 2012. hard 2012.

"2006 to ’16, I had a lot of success, but also a lot of hard times," he says, from crashes to cheating allegations. "I mean, in three weeks I gained 10 kilos. Ten days after the Olympics, I went from hero to zero. I had to learn to grow a thick skin."

"To be in the spotlight, it's not easy. But if you want to win bike races, it's part of the game that when the spotlight comes you need to adapt to it and you need to be able to handle it," he says. "I worked with a life coach. I didn't only work on cycling skills, I worked on my own to have this responsibility in my daily life."

Fler avsnitt av PYSO, ep. 80: Fabian Cancellara on a champion's mentality and the work that goes into it