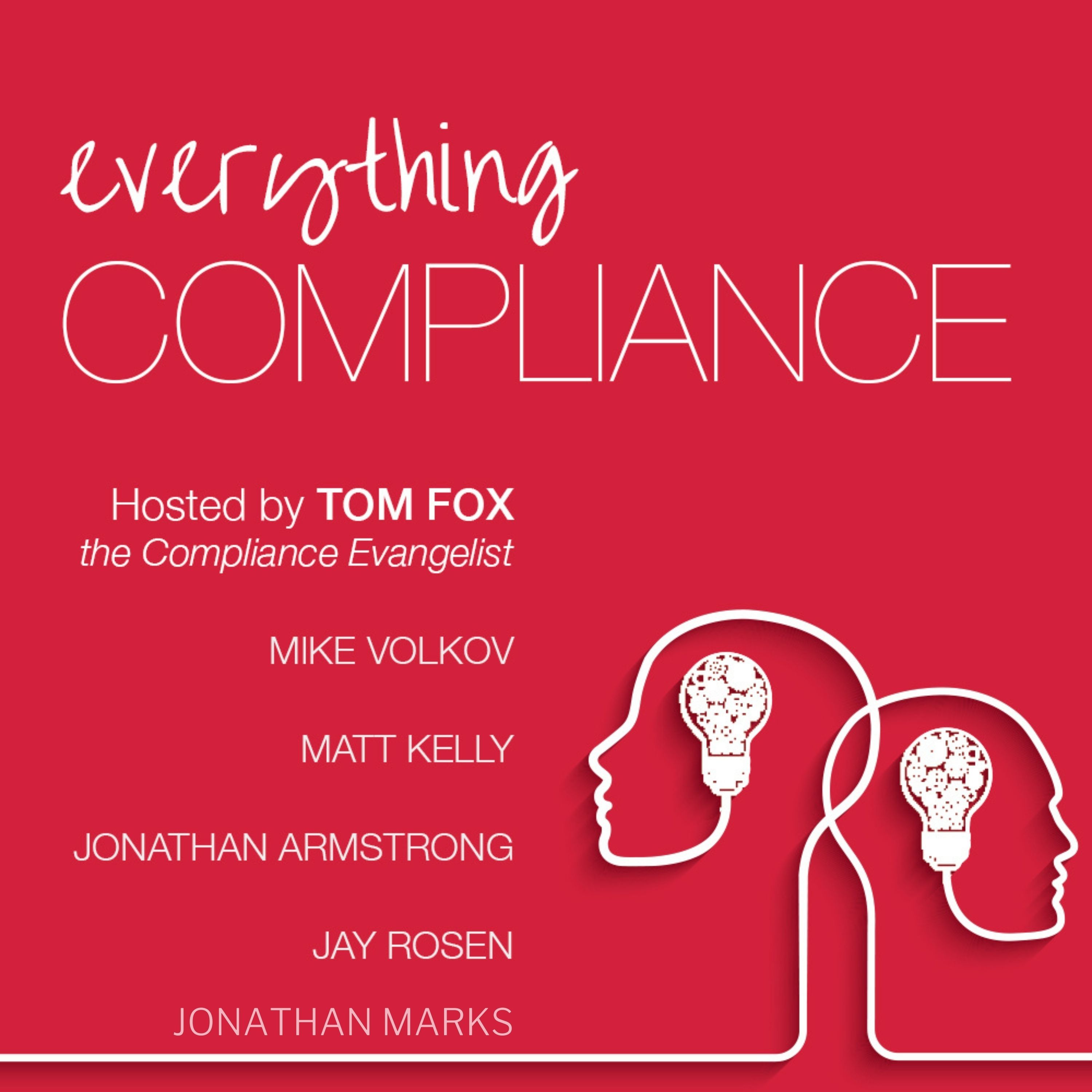 Welcome to the only roundtable podcast in compliance. Today, we have the quintet of Jonathan Armstrong, Jay Rosen, Jonathan Marks, Matt Kelly and Tom Fox for a deep dive into events surrounding the Donald Trump led insurrection at the US Capitol on January 6. We end with a veritable mélange of rants and shouts outs.

Jonathan Armstrong joins us from London to consider the banning of Trump from social media platforms and the general view on things from across the pond. He has a melancholy shout out to the Capitol Police officer who was killed in the attack on the Capitol and the five UK police officers killed in the line of duty in 2020.

Jay Rosen asks, where were the police? He wonders why police response was so abysmal and why it took the National Guard so long to be deployed. Jay shouts out to the Senate and House who went back to work after the attack and completed their Constitutional mandate to count the votes and report on the results. He also shouts out to Congressional aides who saved the physical votes from destruction.

Matt Kelly considers the compliance response to these events as we move into 2021 and the Biden Administration. Matt has a dual shout out and rant. He shouts out to Simon & Schuster for cancelling the contract of insurrection leading Senator Josh Hawley and rants Hawley.

Jonathan Marks looks the attack on the Capitol from a crisis management perspective in terms of a risk assessment and root cause analysis. In a very Philadelphia rant Marks excoriates now former Eagles coach Doug Peterson for tanking the final game of the season against Washington.

Tom Fox looks at the business enablers of Donald Trump and the Trump Administration and wonders when they will be called to task. He gives a shout out to Texas Senator Ted Cruz who sent out fundraising emails during the insurrection asking donors to donate money to the continue his attacks and lies. Through his actions Cruz retains his standing as the No. 1 A-Hole in Congress.

The members of the Everything Compliance are:

Mike Volkov – One of the top FCPA commentators and practitioners around and the Chief Executive Officer of The Volkov Law Group, LLC. Volkov can be reached at [email protected]

Matt Kelly – Founder and CEO of Radical Compliance. Kelly can be reached at [email protected]

Jonathan Armstrong –is our UK colleague, who is an experienced data privacy/data protection lawyer with Cordery in London. Armstrong can be reached at [email protected]

Episode 75, the GOAT and Pandemic Edition