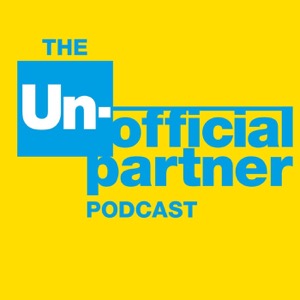 Andy Holt is the hugely successful entrepreneur who in 2015 stepped into save his local football club Accrington Stanley FC from financial ruin. The club was one of the English Football League’s original founding members in 1888 and remains one of its smallest. But the club has been transformed under Holt’s ownership, winning promotion to EFL League One in 2018.

“Let's be clear," he said when he bought the Accrington Stanley. "Whatever individual, company or other entity owns the club is largely irrelevant, because this isn't a business venture. Has anyone ever made a profit out of Accrington Stanley? In 50 years I will be dust blowing in the wind - hopefully our input will mean the club is not!”

That’s a sentence that’s sure to resonate with any fans of Derby County, Bury or Macclesfield Town, EFL clubs which have recently gone bankrupt and which are sure to be joined by others as they struggle against an array of problems, from bad owners, the Covid shutdown and the economics of lower league football.

Andy Holt listened to our recent conversation with EFL chairman Rick Parry and responded in depth via Twitter.

As you’ll hear, Holt’s view of the role and economics of football is starkly at odds with those in the boardrooms of clubs higher up football’s pyramid and is a vital part of the bigger conversation about the future of the game from top to bottom.

This podcast is sponsored by Leaders Week London, which is back in real life at Twickenham Stadium between the 5th to the 7th of October.

Each of them have heard about the live Unofficial Partner podcast being recorded at 12 noon on the Wednesday, which is obviously worth the ticket alone. But to get 15% off, use the code UnofficialPartner15 via the Leaders website.

As ever, if you like the podcasts you’ll love the Unofficial Partner newsletter, get it every Thursday via unofficialpartner.com

E212: Bhandari and Amaechi on racism

E209: Eni Aluko, Angel City and the business of football