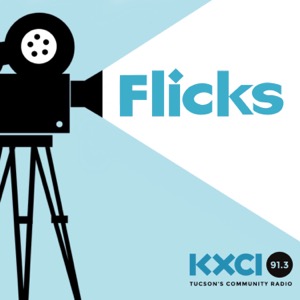 In an industrial town in China, the lives of four people (three young, one old) intertwine on a day darkened by hostility, powerlessness, and revenge. The film is An Elephant Sitting Still, by a young Chinese director named Hu Bo. The title comes from a newspaper story related by one of the characters: supposedly there is a zoo elephant in a distant town that no matter how it is treated—yelled at, thrashed or beaten—it just sits still, not responding, as if in meditation. At times during the film, different characters, struggling with painful life situations, talk about traveling to this town to see the elephant, as if this were a spiritual goal to which they aspire.

The characters all live on the margins. A young man (played by Peng Yuchang) is at odds with his callous and abusive parents. His defiance and foolhardy courage gets him in trouble when he pushes a bully who is harassing one of his friends down a steep flight of metal stairs, seriously injuring him. He has a difficult relationship with a teenage girl (Wang Yuwen), whose mother, bitter about her husband’s abandonment, treats her with disdain. The girl is also being sexually exploited by a teacher at the high school. A slightly older young man (Zhang Yu) whom we first see having an affair with his best friend’s wife, turns out to be a low-level gangster and the older brother of the bully who was sent to the hospital. And finally, an older man (Liu Congxi) is being pressured by his daughter and son-in-law to move to a nursing home, but his love for his dog (the nursing home won’t allow pets) and for his little granddaughter keeps him from giving in. He of course crosses paths with all the others. Each character has a constellation of supporting characters that all reflect a desperate lower class milieu.

The picture has a running time of just under four hours. There are many tracking shots, a lot of them following characters from behind as they walk, sometimes from the front. And this ever-moving, prowling style stretches time out in order to free the viewer from what I would call the “storyness” of the plot to simulate a feeling of actually going through these experiences, which in real life do not have the clipped, fragmentary nature of a typical story. It also creates the film’s overwhelming mood of listlessness and despair.

I always imagine cinema in the West to have more freedom to express non-conformist ideas, and China to have a lot less such freedom, and I’m sure this is true in general, but then we see a startling exception like this. The mythical elephant of the title is China, or the Chinese people to be exact, confined in the cage of the social order and not moving forward. In the rare moments when actions of the government are indicated or implied, there is the sense that it couldn’t care less about the conditions under which people live.

Now, you may think that a 230-minute film would be an endurance test, but a lot of things happen on this one day, and the tension between this eventful plot and the wandering, drawn out style, makes (for me at least) compulsive viewing. The writer/director, Hu, offers what positive vision he can, what amounts to a measure of hope, in the direct and honest relationships between people, based on love and tenderness, and not at all on any sense of communal solidarity or social spirit, which adds to my surprise that this film was allowed to be released in China.

The film has a disciplined style, attune to subtle indications of character in a face or gesture. Overall there is a fairly constant feeling of bottled-up rage that could explode in violence any second. However, there is little actual violence, and what there is never has a shock effect, but