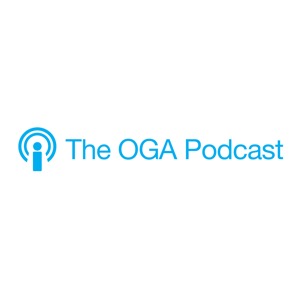 The Oil and Gas Authority Podcast: "Revitalising Exploration in the UKCS"

The Oil and Gas Authority's Chief Executive Andy Samuel and Nick Richardson, Head of Exploration & New Ventures, get the lowdown on the UKCS exploration scene with three industry leaders:

The episode delves into the leaders' thoughts on whether the UKCS is witnessing a turning point - a revival in exploration. We hear the inside story on the recent significant discoveries, Total's Glendronach, Equinor's Verbier and CNOOC's Glengorm discoveries, which were welcome news, following a period of some of lowest levels of activity since the 1960s.

Nick Richardson, Head of Exploration & New Ventures at the OGA said: "It's a very positive time for exploration, especially in the frontier West of Shetland region which is now a key area for growth. The OGA estimates there is 4 billion boe yet to be discovered from existing mapped prospects, with an additional 11 billion boe possible from new plays in the UKCS. Finding costs have gone from $9 to $1 per barrel, adding a further incentive to explore. The extensive opportunity-set, and improved industry performance, underlines the considerable potential of the UKCS with there being every chance of more significant finds.”

Since the OGA was established, it has placed a strong focus on exploration; the 'lifeblood' of the basin. This includes: commissioning new government-funded seismic surveys to acquire new geophysical data; overhauling the licensing regime to make it more flexible with lower entry barriers; establishing annual licensing rounds focusing alternately on mature and frontier areas; and making high quality seismic, digital well logs, geological mapping, reports and lessons-learned information openly available to all. The OGA recently launched the new National Data Repository, which has for the first-time opened-up the UKCS's released subsurface data to the public.

The OGA is inviting feedback on this series of podcasts, including any ideas for future episodes. If you would like to become a guest, please let us know.

Mediation - what's in it for us?

From resilience to recovery?

Power in difference - valuing the voices of our workforce

Surviving and thriving: what's next for the UK's oil and gas supply chain companies?

The Oil and Gas Authority Podcast: The Energy Transition

The Oil and Gas Authority Podcast: "Revitalising Exploration in the UKCS"