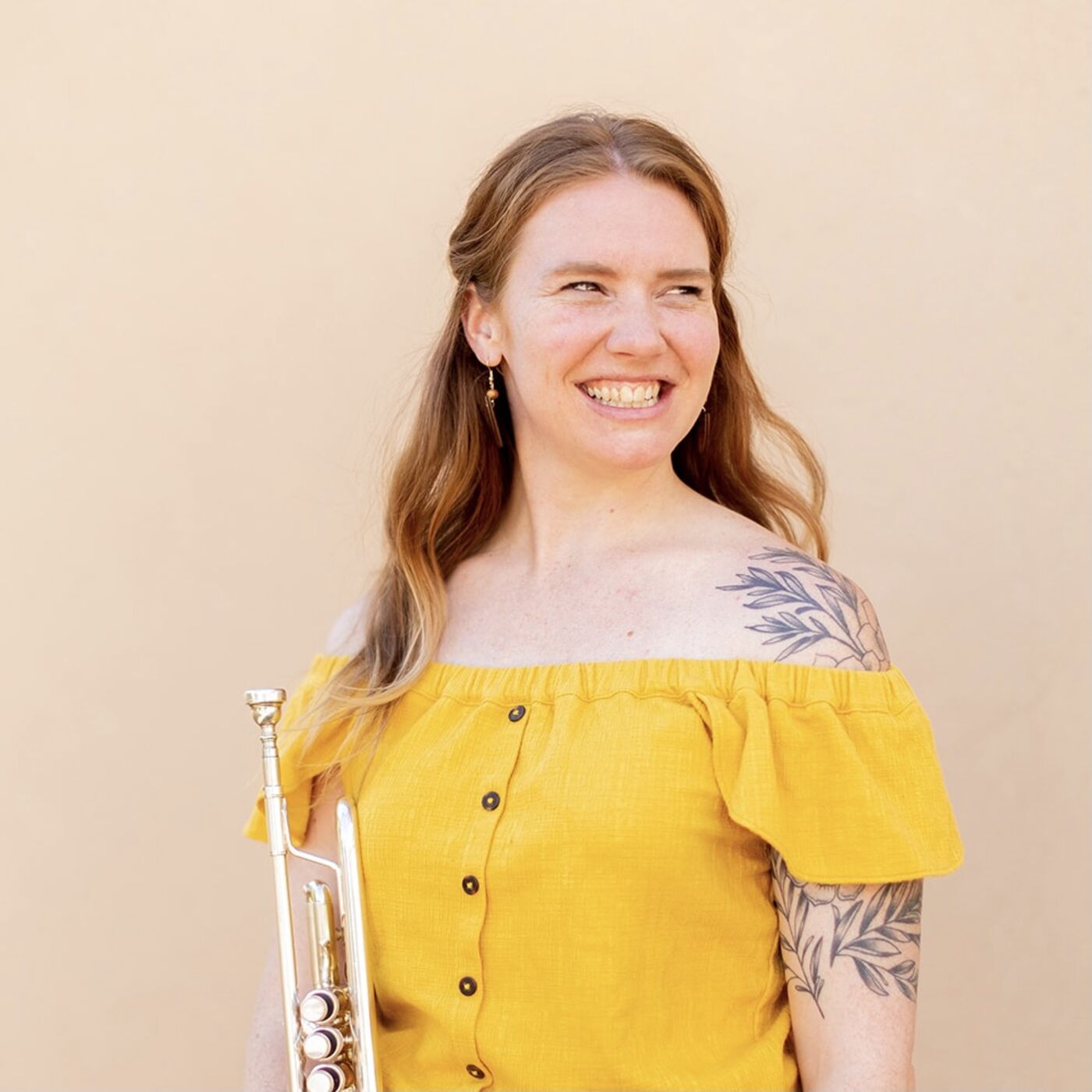 Yoga For All Musicians!
www.yogaforallmusicians.com

Dr. Brianne Borden is newly appointed Visiting Assistant Professor of Trumpet at the Crane School of Music at SUNY Potsdam and member of the Potsdam Brass Quintet. Brianne is an active clinician and soloist, having presented recitals and masterclasses at numerous universities and conferences around the country. These include Colburn Conservatory, Ithaca College, University of North Carolina Greensboro, University of Northern Arizona, the Hawaii Youth Symphony, the International Trumpet Guild Conference and the International Women’s Brass Conference, among more. Brianne has competed in the National Trumpet Competition as both a soloist and an ensemble member, as well as having coached students successfully into the semi-final rounds of the competition. Brianne completed her doctoral studies in Trumpet Performance at Arizona State University, where, alongside her playing and appointment as Teaching Assistant, she researched heavily in the field of wellness for musicians and served as instructor for a weekly class titled Movement for Musicians.

Brianne is enthusiastic about performance as a tool for educational outreach and leadership. Evidence of this is shown in her participation as a founding member and current Personnel Director of the Phoenix Brass Collective and involvement in outreach programs such as the Aspen Music Festival and School with the Backcountry Brass Quintet. She has published multiple articles and developed workshops on ways to incorporate wellness into a musician’s lifestyle in order to counteract repetitive motion injuries, battle performance anxiety, and maintain a sustainable music career.

Brianne received her Master's Degree in Trumpet Performance from the University of Colorado - Boulder where she taught as  Teaching Assistant as well as performed with the Graduate Brass Quintet. She is also a proud alumna of SUNY Potsdam where she received a Bachelor's Degree in Trumpet Performance and her love of brass chamber music was established in the Frackenpohl Honors Brass Quintet. Her principal trumpet teachers include David Hickman, Dr. John Ellis, Terry Sawchuk, Justin Bartels, and Herb Smith.

​As an ERYT and YACEP certified yoga instructor, Brianne has been teaching yoga for seven years and actively leads teacher trainings in formats ranging from power, to yin, to yoga sculpt. She has held the position as Programming Manager through CorePower Yoga, where she also led trainings and taught weekly classes.

​Brianne is proud to be an S.E. Shires artist.