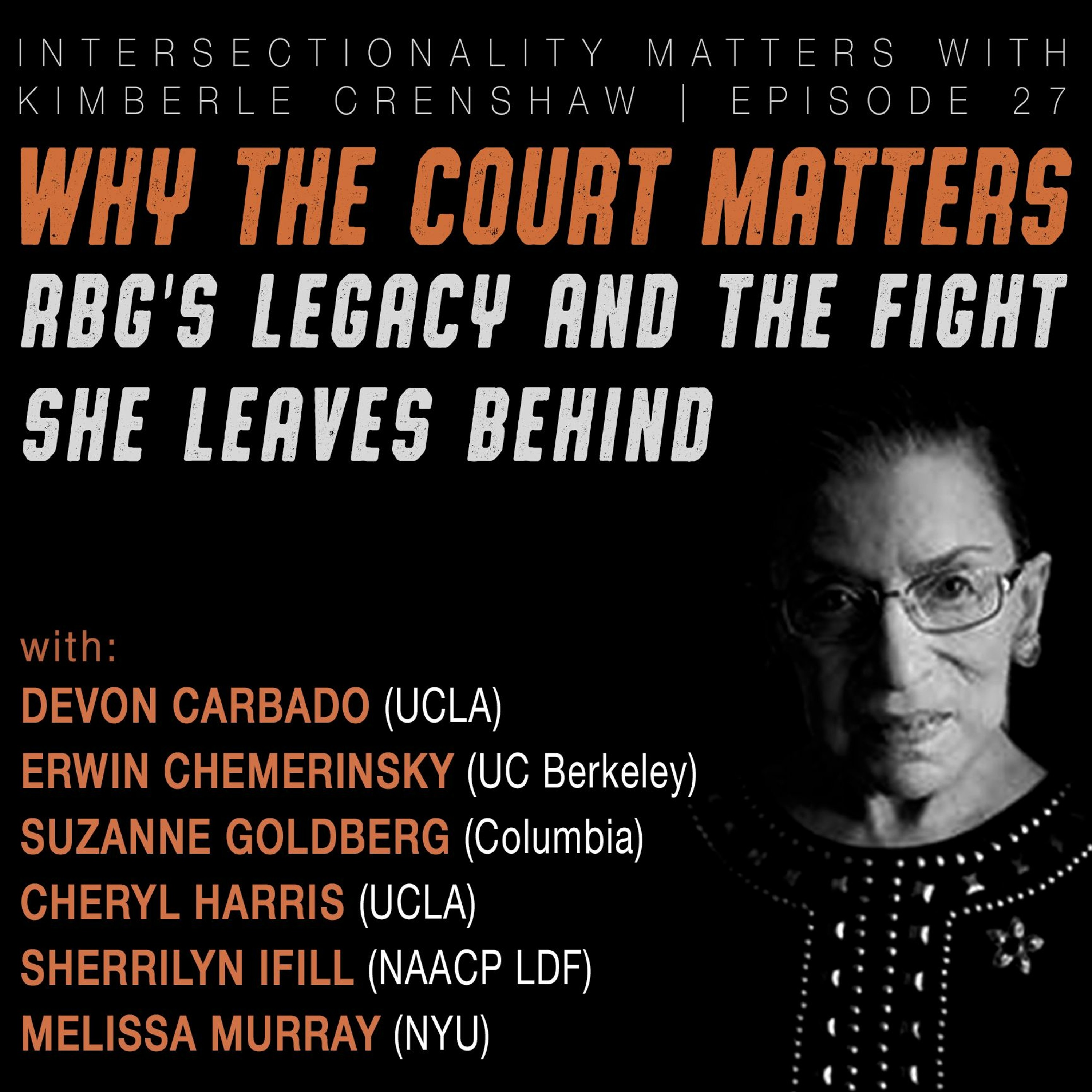 27. Why the Court Matters: RBG's Legacy and the Fight She Leaves Behind

In this episode, Kimberlé speaks with six leading scholars about the legacy of Supreme Court Justice Ruth Bader Ginsburg, the Court’s largely undersung role in the battle for our democracy, and the profound consequences of the Left’s failure to prioritize the courts over the last several decades.

ERWIN CHEMERINSKY - Dean, UC Berkeley School of Law; Author, We the People: A Progressive Reading of the Constitution for the Twenty-First Century

MELISSA MURRAY - Professor of Law, NYU, Author, “The Equal Rights Amendment: A Century in the Making"

Fler avsnitt av 27. Why the Court Matters: RBG's Legacy and the Fight She Leaves Behind

31. #TruthBeTold: The Destructiveness of Trump's Equity Gag Order & What Biden Must Do Now

30. Where Do We Go From Here: Chaos or Community?

29. Black Men For Trump?: The Overdue Conversation on Patriarchy & Misogynoir in Black Politics

28. Having Our Say: Black Women Respond to the Vice Presidential Debate

27. Why the Court Matters: RBG's Legacy and the Fight She Leaves Behind

26. Black Girls Speak: Creating Community in the Summer of COVID

25. From the Base to the Face of the Party: Kamala Harris, Black Women & Misogynoir in the Election

24. Storytelling While Black and Female: Conjuring Beautiful Experiments in Past and Future Worlds