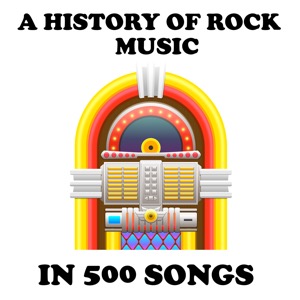 A History of Rock Music in 500 Songs

Episode 141 of A History of Rock Music in Five Hundred Songs looks at “River Deep Mountain High'”, and at the career of Ike and Tina Turner.  Click the full post to read liner notes, links to more information, and a transcript of the episode.

Also, this episode was recorded before the sad death of the great Ronnie Spector, whose records are featured a couple of times in this episode, which is partly about her abusive ex-husband. Her life paralleled Tina Turner's quite closely, and if you haven't heard the episode I did about her last year, you can find it at https://500songs.com/podcast/episode-110-be-my-baby-by-the-ronettes/. I wish I'd had the opportunity to fit a tribute into this episode too.

Patreon backers also have a ten-minute bonus episode available, on "Wild Thing" by the Troggs.

Tilt Araiza has assisted invaluably by doing a first-pass edit, and will hopefully be doing so from now on. Check out Tilt’s irregular podcasts at http://www.podnose.com/jaffa-cakes-for-proust and http://sitcomclub.com/

As usual, all the songs excerpted in the podcast can be heard in full at Mixcloud.

I’ve referred to two biographies of Phil Spector in this episode, Phil Spector: Out of His Head by Richard Williams and He’s a Rebel by Mark Ribkowsky.

Tina Turner has written two autobiographies. I Tina is now out of print but is slightly more interesting, as it contains interview material with other people in her life. My Love Story is the more recent one and covers her whole life up to 2019.

Ike Turner's autobiography Takin' Back My Name is a despicable, self-serving, work of self-justification, and I do not recommend anyone buy or read it. But I did use it for quotes in the episode so it goes on the list.

Ike Turner: King of Rhythm by John Collis is more even-handed, and contains a useful discography.

That Kat Sure Could Play! is a four-CD compilation of Ike Turner's work up to 1957.

The TAMI and Big TNT shows are available on a Blu-Ray containing both performances.

There are many compilations available with some of the hits Spector produced, but I recommend getting Back to Mono, a four-CD overview of his career containing all the major singles put out by Philles.

There are sadly no good compilations of Ike and Tina Turner's career, as they recorded for multiple labels, and would regularly rerecord the hits in new versions for each new label, so any compilation you find will have the actual hit version of one or two tracks, plus a bunch of shoddy remakes. However, the hit version of "River Deep, Mountain High" is on the album of the same name, which is a worthwhile album to get,.

This podcast is brought to you by the generosity of my backers on Patreon. Why not join them?

Today's episode is unfortunately another one of those which will require a content warning, because we're going to be talking about Ike and Tina Turner. For those of you who don't know, Ike Turner was possibly the most famously abusive spouse in the whole history of music, and it is literally impossible to talk about the duo's career without talking about that abuse. I am going to try not to go into too many of the details -- if nothing else, the details are very readily available for those who want to seek them out, not least in Tina's two autobiographies, so there's no sense in retraumatising people who've experienced domestic abuse by going over them needlessly -- but it would be dishonest to try to tell the story without talking about it at all.

This is not going to be an episode *about* Ike Turner's brutal treatment of Tina Turner -- it's an episode about the record, and about music, and about their musical career -- but the environment in which "River Deep, Mountain High" was created was so full of toxic, a

Admin: Plan For The Future

Episode 144: “Last Train to Clarksville” by the Monkees

Episode 143: “Summer in the City” by the Lovin’ Spoonful

Episode 142: “God Only Knows” by the Beach Boys

Episode 140: “Trouble Every Day” by the Mothers of Invention