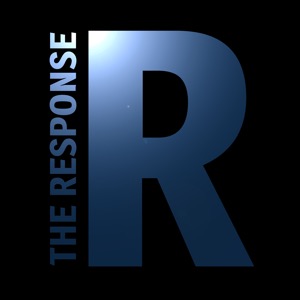 This weekend marks the beginning of COP26. After being delayed for nearly a year because of COVID, diplomats, scientists, corporate lobbyists, NGOs, students, demonstrators, corporations, heads of state, and many, many other invited and uninvited guests are already making their way to Glasgow Scotland for what has been projected to be the most consequential U.N. climate change conference since the Paris Agreement was struck in 2015.

Earlier this week, the Arkbound Foundation published a new anthology, "Climate Adaptation: Accounts of Resilience, Self-Sufficiency and Systems Change." This episode features a discussion I hosted with three of the book's co-authors.

Morgan Phillips is UK co-director of the Glacier Trust, head of insight at Global Action Plan, and author of “Great Adaptations: In the Shadow of a Climate Crisis” (UK)

Ashish Kothari is the founder-member of Kalpavriksh, co-coordinator of Vikalp Sangam, and a co-editor/author of several books including “Churning the Earth” and Pluriverse: A Post- Development Dictionary (India)

Theme Music: “Meet you on the other side” by Cultivate Beats

The Response from Shareable.net, is a documentary film, book, and podcast series exploring how communities are building collective resilience in the wake of disasters.

Let us know what you think of the show: [email protected]

But Next Time: "Higher Ground"

But Next Time: "Rising Waters"

But Next Time: "From the Ashes"

But Next Time: "Toward the Fire"

"But Next Time": How can we ensure that next time disaster strikes will be different?