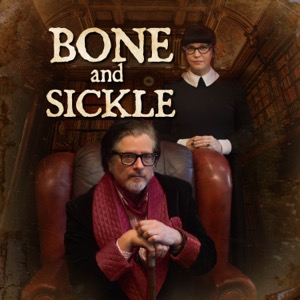 Dark Fairy Tales, The Girl With No Hands

“The Girl with No Hands” is the name of a a folk-tale motif shared by a number of gruesome fairy stories in which the the amputation of the heroine’s hands allows her to escape death, the Devil, or a repugnant suitor.

(NOTE: For details on the 2022 Bone and Sickle shirts mentioned in the show, please visit boneandsickle.com, or go directly to our Etsy shop.)

We begin our show with a religious legend differing in narrative details but sharing the amputation theme. It’s a medieval story told in Eastern Orthodox lands of the terrible cost of bad manners at a funeral, specifically that of the Virgin Mary. As a further preliminary to our stories, we also offer a quick rundown on the Aarne–Thompson–Uther system of folk-tale classification, in which “The Girl with No Hands” is identified as ATU 706.

The oldest written example of this motif is the Italian story “Biancabella,” from Le piacevoli notti (“The Pleasant Nights”), a book published in two volumes between 1550 and 1553.  The author, Giovanni Francesco Straparola, appears to have modeled his collection on Boccaccio’s Decameron as it uses a similar frame-story, Straparola’s involving characters pleasantly passing their nights (hence the title) in the telling of tales.  Among the stories Straparola included, is the first version of “Puss in Boots.”

I won’t spoil listeners’ pleasure in hearing Mrs. Karswell read for you the original text but will divulge that its hand-losing heroine Biancabella shares a birth kinship with a serpentine fairy; also, that her hands are sacrificed in an effort to convince her wicked stepmother that her orders to execute her step-daughter have been carried out, and that guilty parties endure in the end a fiery foretaste of hell.

Our second story is “Penta the Handless” from Il Pentamerone (or “The Tale of Tales”) was written about a century later, in 1634, by the Italian poet Giambattista Basile. This collection of stories also makes use of the framing device, having the stories told by a group of courtiers attempting to cheer a melancholy princess.  Among the 50 stories included are the first written versions of Cinderella, Rapunzel, Sleeping Beauty, and Hansel and Gretel.

In this story, Penta’s mutilation is self-inflicted as a means of repelling the incestuous advances of her brother.  Her royal sibling has an exotic means of expelling her from the kingdom, namely, sealing her  in a tarred chest and casting her into the sea (a motif that dates back to the plays of Euripides or even the story of the infant Moses).

Jacob and Wilhelm Grimm provide a relatively late example of this narrative, one however that has provided the ATU #706 with a name:,”The Girl with No Hands.” The story is ncluded in the Grimm’s first 1812 edition of Kinder- und Hausmärchen, i.e., “Grimm’s Fairy Tales.” Our Grimm segment, by the way, begins with a clip from the trailer for the 1962 film The Wonderful World of the Brothers Grimm.

As an oral folk-tale, this German version dispenses with some of the detailed intrigues that mark its two Italian antecedents. Rather than a wicked in-law or brother, it’s the  Devil, who tricks a down-on-his-luck miller into doing the gruesome deed.  As is frequent in German stories collected by the Grimms, a magical forest-dwelling man also plays a role.

We also briefly discuss a few versions of the story published after Jacob & Wilhelm’s version — other German, Italian, and Hungarian tales which place blame for the amputation not on the Devil but on wicked family members.  A gruesome detail included in a few of these mirrors a similarly faux-canni...

An After-Dinner Reading: Decadent Dining in the Satyricon

Who Put the Hell in Helloween

A Vine on a House: a horror story

Spirits of the Corn

Master of the Wolves: Transylvanian and Balkan Wolf Lore

Dark Fairy Tales II: Heads in a Fountain, Bones in a Bag