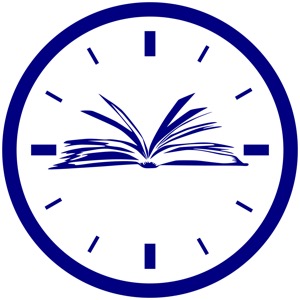 Thanks for joining us! This month we are discussing The Huntress by Kate Quinn.

Welcome dear readers, you are listening to Time to Read, a Winnipeg Public Library podcast book club.  We are recording today from various locations around Winnipeg, all within Treaty One Territory, the traditional lands of the Anishinaabe, Cree and Dakota as well as the Birthplace of the Métis Nation and the heart of the Métis Homeland. Our drinking water comes from Shoal Lake 40 First Nation in Treaty Three territory.

Set in the years following World War II (and with a large number of flashbacks to the war itself), The Huntress tells the story of a ruthless Nazi murderess who escapes to the United States in the wake of the war and the individuals, including Nina: an ex-Soviet bomber pilot, Jordan: a young aspiring photographer, Ian: an English war journalist turned Nazi Hunter, and Tony: a former soldier and Ian’s assistant, who take it upon themselves to bring them to justice.

MENTIONED IN THIS EPISODE

The Origin Of Witches Riding Broomsticks: Drugs From Nature, Plus Shakespeare by David Kroll (Forbes magazine)

Meet the Night Witches, the Daring Female Pilots who Bombed Nazis at Night by Brynn Holland

Kirsten: When no one is watching: a thriller by Alyssa Cole

Trevor: “flying by the seat of your pants”

Next month we will be talking about An Absolutely Remarkable Thing by Hank Green.

Thank you to everyone who read The Huntress this month and for those of you who left comments on our social media.

Time to Read is a production of the Winnipeg Public Library. Our panel today included Kirsten Wurmann, Dennis Penner,

Episode 051: Return of the Trickster

Episode 048: The Death of Vivek Oji

Episode 045: Love in the Time of Cholera