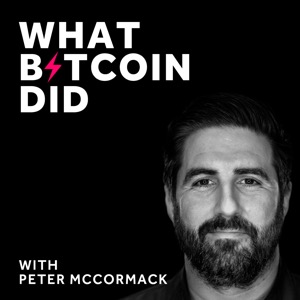 The Culture Wars with Michael Moynihan

What Bitcoin Did with Peter McCormack

“You can convince people of these things much easier now because they believe that speech is violence and nobody likes violence…there’s a reason, a very specific reason that you recast words as violence because nobody wants to be opposed to free speech.”— Michael Moynihan

Michael Moynihan is a correspondent for Vice News and co-host of The Fifth Column podcast. In this interview, we discuss identity politics and its effect on framing issues such as the Russia Ukraine conflict. We also cover culture wars, toxicity, mainstream media, and freedom of speech.

US polarisation has turned society into isolated camps with defined ideologies and narrow cultural perspectives. Issues are expressed in binary terms: you’re expected to have a for or against a position. And the determination of which position to take is increasingly made as a reaction to what the other side believes. Politics is tribal.

There are obvious issues with this trend. People become increasingly deaf to consideration of opposing views. The Socratic method has been ditched in favour of blind alliance to a given group. Critical thinking is decreasing; vitriolic rhetoric is on the rise. Identity politics is resulting in a balkanisation of our communities, as like seeks like, reinforcing the divide.

The impacts are becoming increasingly disorientating, as both sides of the political divide align with beliefs that were previously antithetical to their respective ideologies. For example, the right and left have changed their relative positions in terms of support and distrust of government agencies.

And, instead of trying to break down these barriers, our representatives and media are increasingly fermenting and exploiting these culture wars for financial gain. Media is becoming beholden to audience capture, both in terms of the large mainstream media corporations, and the wave of independent voices rising from social media. Real journalism is on the wane.

The result is the true nature of life becomes clouded, including events of huge geopolitical significance such as the Ukraine Russian conflict. We’re unable now to distinguish fact and spin. The real problem is that people are unable to unite and coalesce around nationally vital policies. And as the world problems become more complex, how will this all play out?

-----If you enjoy The What Bitcoin Did Podcast you can help support the show by doing the following:Become a Patronand get access to shows early or help contributeMake a tip:Bitcoin: 3FiC6w7eb3dkcaNHMAnj39ANTAkv8Ufi2SQR Codes: BitcoinIf you do send a tip then please email me so that I can say thank youSubscribe on iTunes | Spotify | Stitcher | SoundCloud | YouTube | Deezer| TuneIn | RSS FeedLeave a review on iTunesShare the show and episodes with your friends and familySubscribe to the newsletter on my websiteFollow me on Twitter Personal | Twitter Podcast | Instagram | Medium|YouTubeIf you are interested in sponsoring the show, you can read more about that here or please feel free to drop me an email to discuss options.

The Current State of Bitcoin Mining with Harry Sudock

All Bitcoin, No Fiat with Sahil Chaturvedi

How Crypto Replayed the 2008 Financial Crisis with David Morris

How Bitcoin Reprograms the Mind with Dan Weintraub

Why Bitcoin is an Inflation Hedge with Steven Lubka

The Role of Bitcoin Maximalism Part 2 with Pete Rizzo

Can Bitcoin Become Legal Tender in America? With Aaron Daniel

The Role of Bitcoin Maximalism with Udi Wertheimer