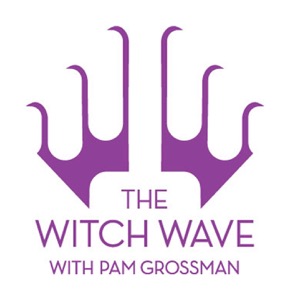 Veronica Varlow is the last of a line of Bohemian Witches, a fourth-generation intuitive, best-selling author, and international burlesque showgirl. She is the author of the absolutely gorgeous book, BOHEMIAN MAGICK: WITCHCRAFT AND SECRET SPELLS TO ELECTRIFY YOUR LIFE.

She is also a confidence and sensuality coach who has been featured on the Tonight Show, Playboy, CNN, and MTV in 150 countries worldwide. Veronica and her husband, David Varlow, established the branch of Witchcraft known as Spectaculus, an intersection of the Bohemian magick legacy of Veronica’s grandmother Helen, and Varlow’s rock-and-roll pagan practices, which stem from natural mysticism and instinctive creativity. Veronica is also one of the cofounders of the infamous Chelsea Hotel Coven in New York City and the founder of Witch Camp held at the Magick House in Woodstock, New York.

She has performed and done love rituals of many flavors all over the underground art scene including at House of Yes, Shanghai Mermaid, and Dances of Vice, and her client list includes Chanel, Tiffany & Co., Vogue, Marc Jacobs, Creative Time with David Byrne, and the Whitney Museum of American Art.

On this episode, Veronica discusses the magic of both Bohemias, the power of communing with creative ancestors, and how to unleash your inner wild.

Pam also talks about community connection as a winter tonic, and answers a listener question about being an atheist witch.

Our sponsors for this episode are VERAMEAT, Blaspheme Boutique, Sanctuary, Mithras Candle, BetterHelp, Plum Deluxe Tea, and The Path 365