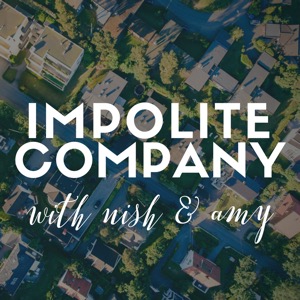 We are back! (Sort of.) With everyone but your condo board president jumping into the Democratic presidential race, and an astonishing number of them comfortable talking about issues of faith and morality, we couldn't just sit by and watch.

This week Amy is joined by Guest Co-Host Extraordinaire Jack Jenkins, a national correspondent for Religion News Service. Jack has interviewed a number of the Democratic candidates about their faith and has some insights into why Democrats may be recognizing the value of religious progressives.

This episode is the first in a series: "Leveling the Praying Field: Democrats, Religion & 2020." If you have questions you'd like answered or related topics you want to see us tackle, reach out via Twitter at @ImpolitePod.

• [Evangelicals helped get Trump into the White House. Pete Buttigieg believes the religious left will get him out.](https://www.washingtonpost.com/religion/2019/03/29/evangelicals-helped-get-trump-into-white-house-pete-buttigieg-believes-religious-left-will-get-him-out/?utm_term=.0fc409c4346c) (Sarah Pulliam Bailey, Washington Post)

• [Pollster says progressive 2020 candidate with faith ties would be valuable asset](https://thehill.com/hilltv/what-americas-thinking/436969-pollster-says-progressive-candidate-with-faith-ties-will-be-a) (The Hill)