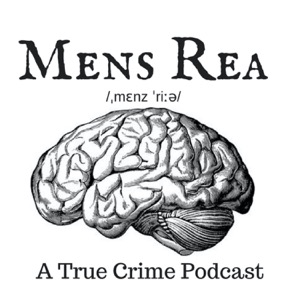 On 9 November 1970, in the little village of Clonroche, Co Wexford, a young girl went missing. Just a few hours later her body was found dumped in a field not far from her home, and the main street of town.

The only certain thing at the outset of the investigation into 9 year old Marie Buckley's murder was that this terrible thing had been done by someone local.

With thanks to our sponsors for this episode:

Get 40% off your premium subscription for the #1 mental wellness app at calm.com/mens

Begin compiling your families’ personal histories with Storyworth and get 10% off your first purchase at storyworth.com/rea

With thanks to our supporters on Patreon! Donate today to get access to bonus and ad-free episodes!

“Murder trial told of conversation with accused” in The Evening Echo (7 July 1971) p. 1

“Murder trial: parents tell of widespread search for their child” in The Evening Herald (8 July 1971) p. 5.

From the Archives: The Murder of Manuela Riedo

From the Archives: The murder of Jill Meagher & the serial sex crimes of Adrian Bayley

Announcement + Bonus: Behind the Mic with Mens Rea

113 - The Passers-by: The murder of Deirdre Mulcahy

111 - Unsolved: The killing of Belinda Pereira

110 - Too Little, Too Late: The murder of Amanda Jenkins