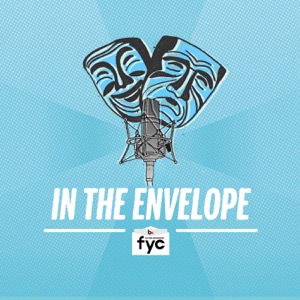 In the Envelope: The Actor’s Podcast

Returning to the “Star Wars” franchise in the Disney+ series “Andor” presented a morbid challenge for Diego Luna—portraying a character whose death he already played in “Rogue One: A Star Wars Story.” But Luna found the process creatively invigorating, like finding new pockets in an old jacket. “It's like approaching a historical piece, when you know an event happened or a character existed,” the actor says. “But now a film or series is going to tell you what you don’t know.”

In this episode of In the Envelope: The Actor’s Podcast, Luna takes us through his entire acting journey, from his unorthodox entry into the world of Mexican theater to his ambitious re-entry into “Star Wars.”

Backstage has been the #1 resource for actors and talent-seekers for 60 years. In the Envelope, Backstage’s podcast, features intimate, in-depth conversations with today’s most noteworthy film, television, and theater actors and creators. This is your guide to every aspect of acting, from voiceover and commercial work to casting directors, agents, and more. Full of both know-how and inspiration, In the Envelope airs weekly to cover everything from practical advice on navigating the industry, to how your favorite projects are made, to personal stories of success and failure alike. Join host Vinnie Mancuso, senior editor at Backstage, for this guide on how to live the creative life from those who are doing it every day: https://bit.ly/2OMryWQ

Follow Backstage and In the Envelope on social media:

Check out our community-driven virtual programming, The Slate: https://bit.ly/2WDNXf0